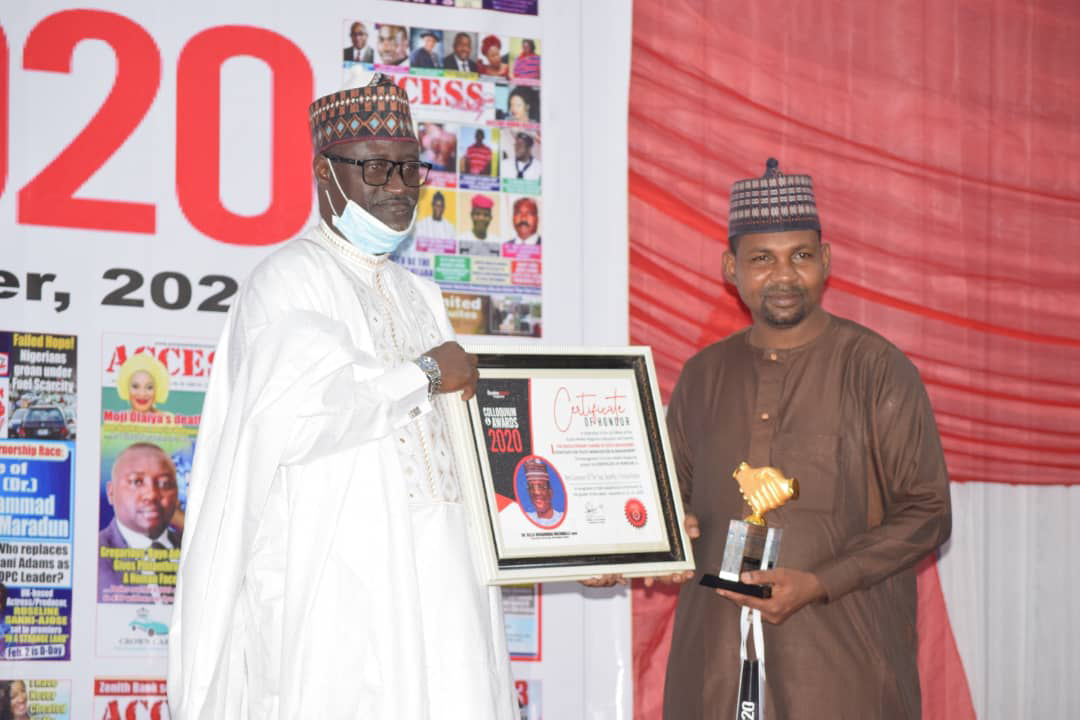 Governor Bello Matawalle has been confered with “Best Governor  of the year 2020 on security and humanitarian services” by a Lagos based magazine owned by a veteran journalist, Me Sola Olugbemiro.
The Governor was represented at the event by his Special Adviser on Media, Public Enlightenment and Communications, Mallam Zailani Bappa at a ceremony which was conducted at the LCCI Conference and Gardens, Alausa  area of Ikeja, Lagos State. 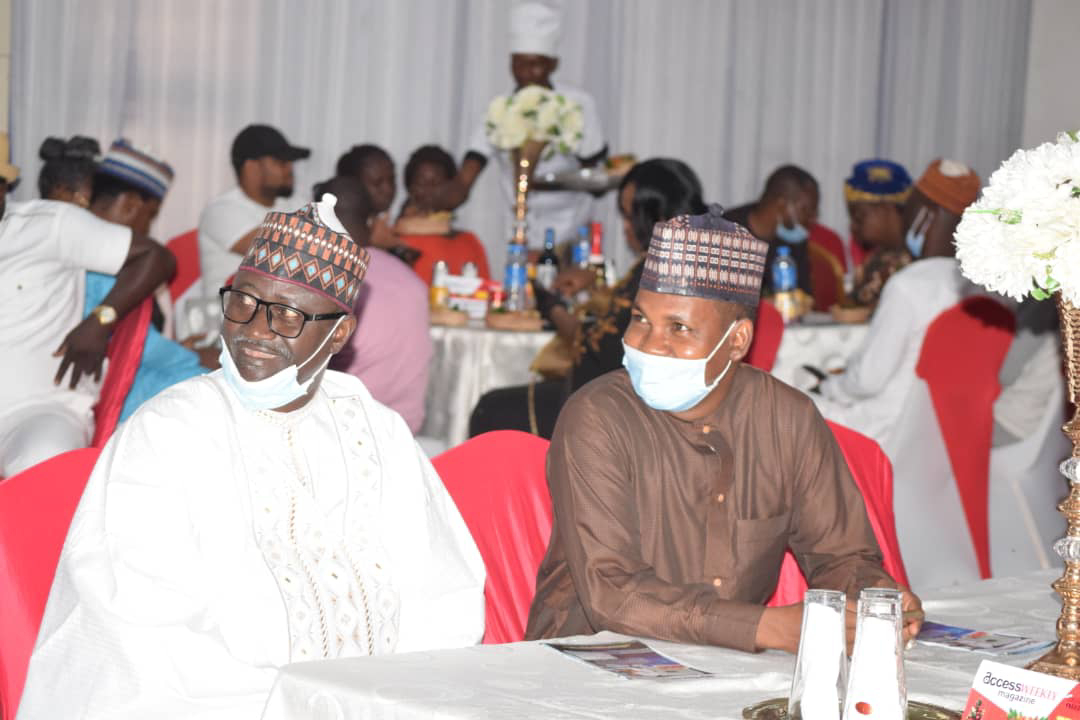 Governor Matawalle was honoured along with Lagos State Governor, Babajide Olusola Sanwo-Olu, the Inspector-General of Police, IGP  Mohammed Adamu and many Nigerians who distinguished themselves in different fields of their chosen career.
In his acceptance speech, Governor Matawalle called for a collective approach in addressing security challenges facing the country, especially the Northern region and advised leaders at all levels to stop trading blame games and be decisive in addressing the issue. 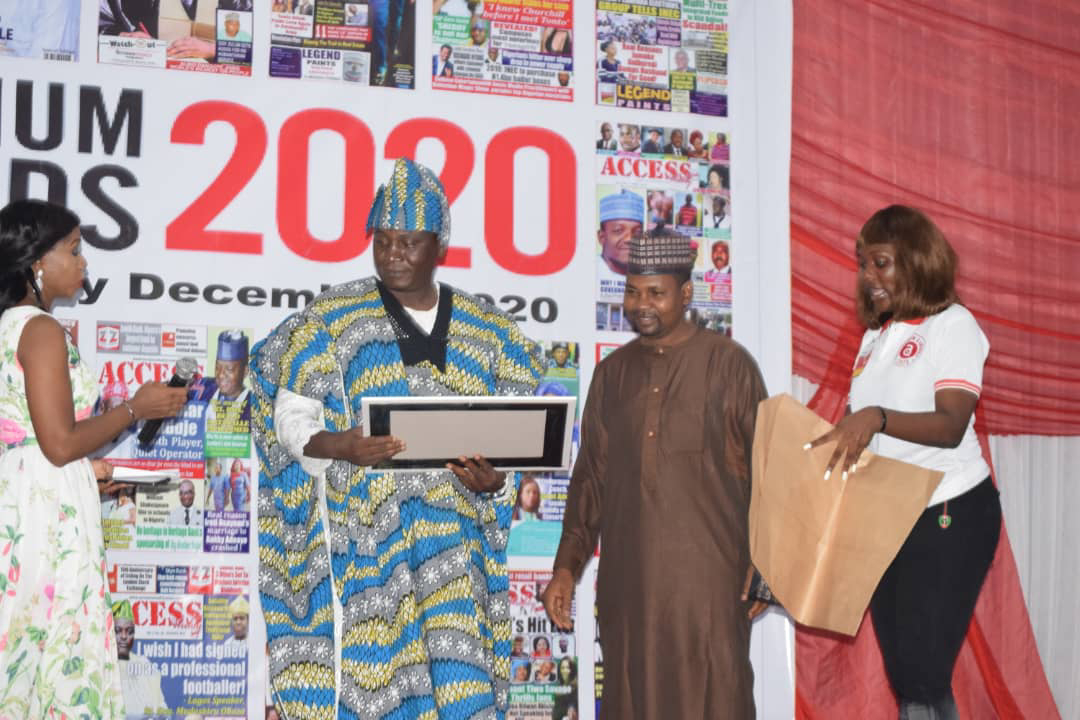 He noted that security issue should always be seen and treated as everybody’s business and calls for a more coordinated approach that is holistic and genuine in order to take it to a logical end and make the country safe and more conducive for for progressive investment.
The governor added that governments at all levels should do more in terms of youth engagement to become self sufficient and reliant through various skills acquisition, trades and  employment. 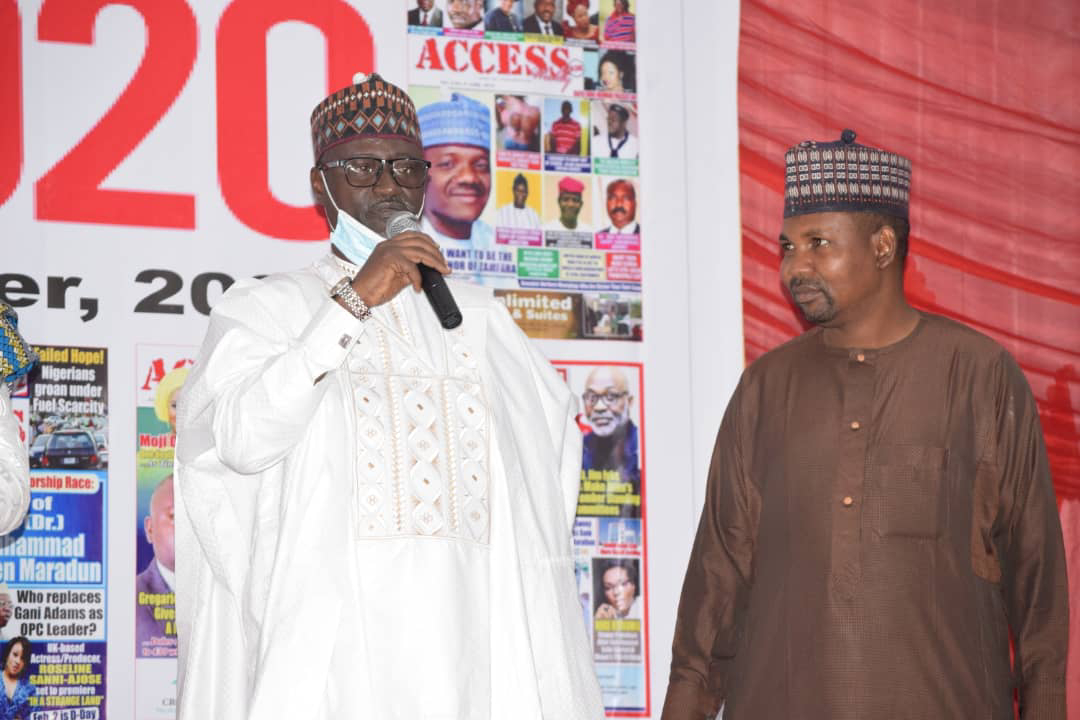 Matawalle further gave highlight of his administration’s success in the area of security to the social intervention programmes and other employment opportunities created by his government which have continued to yield positive results.
Earlier while presenting the award to the Governor, Mr. Dada Dele said the Access Weekly Magazine decided to honour Governor Matawalle this year’s colloquium and award 2020 as a result of  improvement recorded particularly in the area of security which bedeviled Zamfara State and the nation at large. 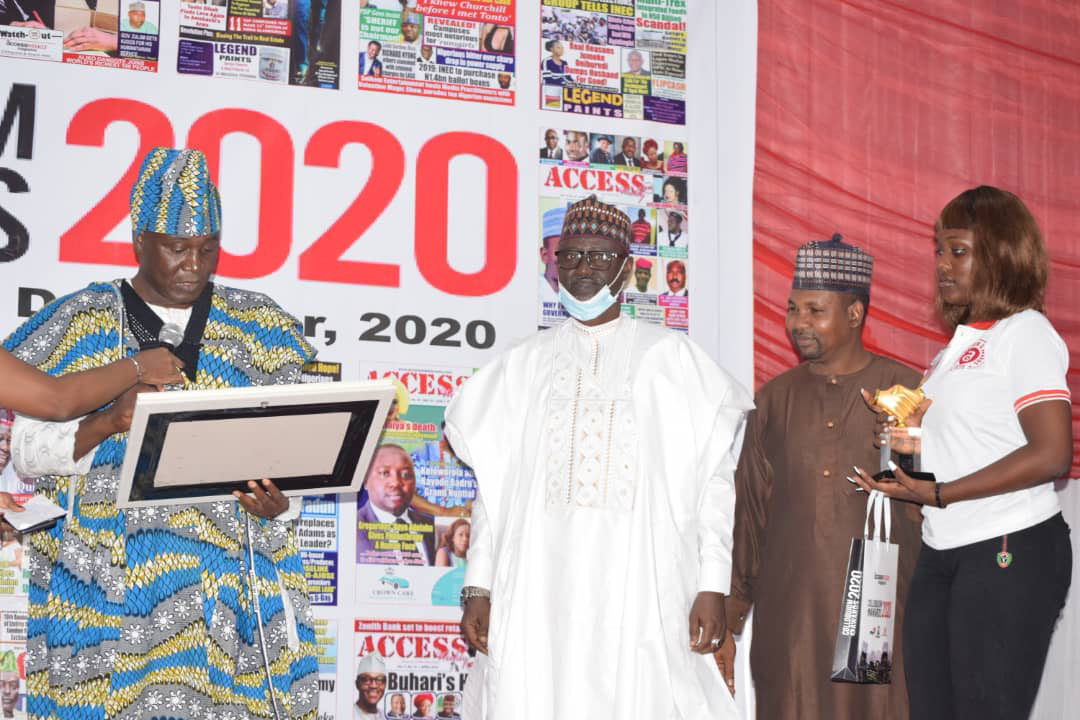 Mr Dada explained that since the coming of Governor Matawalle, the narration in Zamfara State changed significantly both in reality and in the news unlike the daily reports of killings and wanton destruction of life and property of innocent citizens that had become the identity of the state in the past.
He further said that the award given to the Governor was to encourage him to do more to his people and also make other Governors to follow his footsteps in  addressing security challenges facing their respective states.
Related Topics: