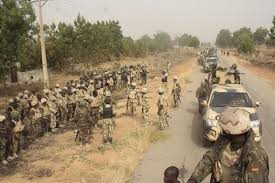 The Defence Headquarters has announced the killing of three soldiers by bandits in Jibia, Katsina State.

It said in a statement on Sunday that the troops of the Operation Sahel Sanity had stormed the Jibia forest to neutralise the bandits when the incident happened.

The statement added that no fewer tgan 17 bandits were killed while several others escaped with gunshot wounds.

However, a public affairs commentator with contacts in security circles Bulama Bukarti said on his twitter handle that the soldiers killed in the ambush by bandits were about 20.