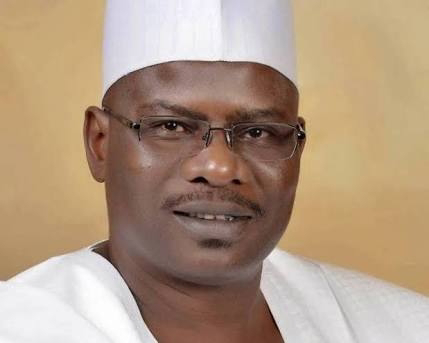 The Senator representing Southern Borno and Chairman of the Senate Committee on Army, Ali Ndume has denied reports linking him to the calls for decentralisation of the Nigerian Army University, sited in his constituency, Biu Borno State.
Ndume said having made concerted efforts and personally sponsored the bill for the establishment of the institution, which was sited in Biu Local Government Area of his constituency, he couldn’t have called for its decentralisation, knowing fully well that he is one of the frontline lobbyists to ensure that NAUB was established.
Reports in some traditional and new media claimed the Senator had asked the Nigerian Army and the National Universities Commission (NUC) to consider decentralisation of the institution at a public hearing on the establishment of the institution in Abuja.
But reacting to the reports, Senator Ndume said, although in public hearing, everyone who attends is at liberty to express his/her opinion on related issues, it was rather one of his colleagues from the southeast region who made the statement and not him.
His words: ”I have to distance myself from the statement credited to me in some media platforms that I called for decentralisation of NAUB during a public hearing.
“I never suggested that and I didn’t say so. So don’t mind the mischief-makers.
“Remember I am the sponsor of the bill. If I wanted that I would have included it in the initial bill. It was the Senator from Anambra who canvased for the decentralisation and the NUC representative present said that it was not possible.
“That was her opinion, and she is entitled to it at such occasion. Nobody can change the fact that I sponsored the bill for the establishment of the university which is a necessary legislative requirement that will give it legal backing.
“What will I gain from the decentralization? Mischief-makers will always see good things negatively. Let us pray for the successful completion of the legislative process. May Allah guide us to the right path,” Ndume said.
Related Topics: