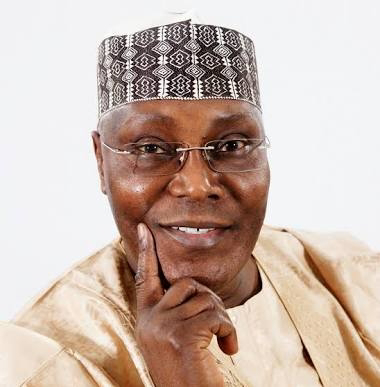 Former Vice President and Presidential candidate of the People’s Democratic Party (PDP) in the 2019 general election, Atiku Abubakar, has said that poor leadership in the successive years of democracy in Nigeria has hindered the progress of the nation and denied Nigerians the dividends of democracy.
Atiku said this on in HIS democracy day message to the people of Nigeria stressing that, the celebration of Democracy Day is an affirmation of the collective struggles of Nigerians towards a system of participatory government and acceptance of primacy of the rule of law.
The Wazirin Adamawa however, said while Nigeria may have a day dedicated to celebrating democracy; it remains saddening that the leaders have not delivered enough dividends to the people to be happy over.
“Between 1999 to the present time, our democracy has thrown up all shades of characters at the leadership levels. Many, if not all of them have tried their best to deliver good governance to the country. But the results of their efforts, judging by what we have at hand today, clearly show that our best has not been good enough thus far.
“It is clear that the problem of leadership is at the epicenter of governance issues that have afflicted Nigeria since the restoration of this democratic dispensation. To get at this problem would require the voting citizens of the country to undertake a more critical evaluation of national leadership recruitment – a rare gift which democracy guarantees through the instrumentality of periodic elections.
“It is when we do that, that democracy can pass as a self-correcting mechanism and when it is denied, we are left with a pseudo-democracy which is counterproductive to the notion of participatory democracy,” he said.
Atiku noted that it is necessary that Nigerians canonise the memories of the nation’s heroes of democracy by expanding the application of democracy as a mechanism of good governance by making sure that ballots cast during an election are sacrosanct in order for leaders who represent the true aspirations of the people to emerge.
“However, to ensure the integrity of the electoral process, that votes are not only counted, but that they do count, there is an urgent need to accelerate needed electoral reforms that will address the lapses in previous elections,” he said.
The business mogul also lauded the immense contributions of many compatriots, who paid the ultimate price to ensure the entrenchment of democracy in the country; adding that the nation will always remember its fallen heroes of democratic rule. He also prayed that the sacrifices of those who gave their lives in the struggle to enthrone the democratic rule never be in vain.
Just like the late Bashorun MKO Abiola continues to be the symbol of the June 12 struggle, there are many others like the late Alfred Rewane; my mentor, Tafida Shehu Musa Yar’Adua, Kudirat Abiola and many more too numerous to mention, who lost their lives in order for us to have a democracy.
“Yet, there are so many other heroes who remain unsung. They are Nigerians who have fallen victims of bad governance,” he said.
Democracy Day celebration was initially marked on May 29, which was the date the new democratic experience was ushered in 1999 after a protracted military rule. However, President Muhammadu Buhari last year changed the date to June 12, a date that is symbolic to the struggle for democracy.
June 12, 1993 was the day Nigerians trooped out to elect a new President in a general election. Business tycoon, Moshood Kashimawo Olawale (MKO) Abiola was presumably elected president of the country. The election was however, annulled by the then military President Ibrahim Badamasi Babangida. Babangida eventually left power when he ‘stepped aside’ and the succeeding regime of Sani Abacha, arrested and jailed Abiola after he tried to claim his mandate by declaring himself president, which the Abacha regime tagged as ‘treason’ in 1994. Abiola eventually died in prison in July 1998.
Related Topics: