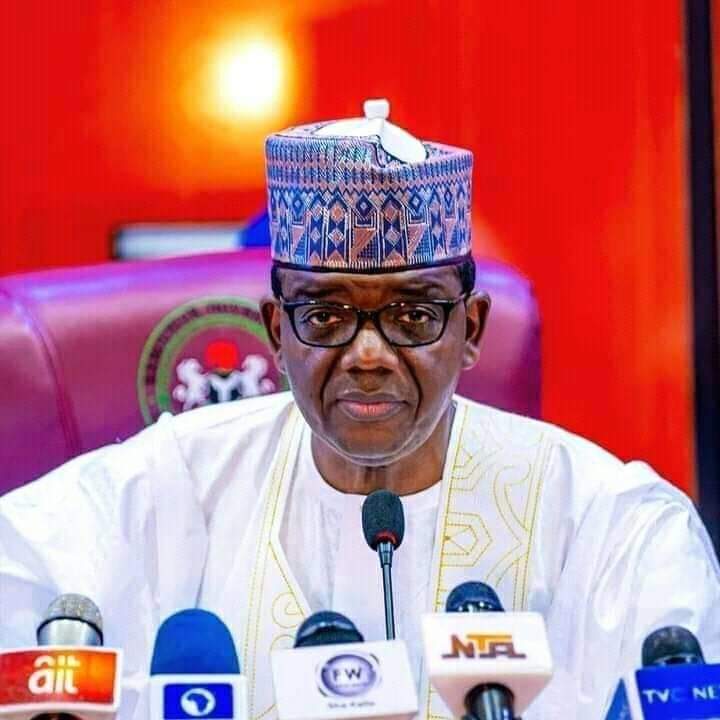 It is unfortunate that I am starting this column with a very delicate issue that borders around political security in Zamfara even though up to Friday I have agreed with the Managing Editor that I am to write on entirely different issue regarding Zamfara politics.

What attracted my attention to write specifically on Ahmad Almajir and his recent reaction on the security development in the state is to be able to remind him and my readers that it is too demeaning to try to bring immorality in everything we do just to settle personal scores with someone.

Linking a serving Governor with banditry is no doubt politically suicidal and for me, he has vomited a poisonous acid that may likely consume him unless if he has the facts that may save him.

He stated categorically that it is not possible for the emir to turbaned the bandit leader Alieru without the authorization of the government and also argued that, the presence of the council sole administrator and Commissioner for Security and Home Affairs are evidences enough to link the Governor to what transpired at Yandoto last week Saturday.

For me Alh Ahmad Almajir may have personal issues to settle with the Governor, but that does not mean their personal issues can be extended to sensitive issue like security and where such issue need to be discussed by Almajir he needs to present facts, not folktales because Zamfara people are tired of playing politics with insecurity.

Everyone is aware of what transpired last Saturday and if Almajir has other vital information that can help link the government or any of its agents including the Governor with what happened he should, please raise them point black. But his utterances now are merely blanket political statements that lack substance by all standard.

I think I have read a perspective from this medium (Thunder Blowers) and indeed listen to the interview by the (BBC Hausa service) and people of the Yandoto community had taken full responsibility of the action and distances the government or any of its agents from having a hand on it. If Almajir had anything in the contrary, he shall be able to open up so that people can take him and his perspective very seriously.

As at now we shall await the outcome of the committee constituted to investigate the emir because it from the findings of the committee that we would be able to understand in clear term the dimension of the government regarding the whole issue.

As for Almajir, I believe that the state Attorney General and Commissioner for Justice shall see reason to ask from him what facts do he have to link a personality like Governor with banditry. This allegation is heavier and shall not be allowed to die just like every other political statement.

Citizens of Zamfara must be panicking if their Governor can be linked to having connection to armed banditry because that will make us develop the palpable fear that, the entire fight against banditry is not done sincerely and that will be the impression until it is proved otherwise by the Governor or Attorney General of the state.

I am among those that criticized the Governor for trying to always raise issue of politics when it comes to security matters but with the recent utterances by Almajir I am beginning to see reasons why the Governor always cried out because the entire thing about Alieru may likely be politicized and if care is not taken that will be too dangerous for the security and safety of the people of the state.

As for the Governor, even if his Attorney General has taken it too soft he shall personally demand for proof from Almajir to be able to clear himself because for now, the allegation is in the public, and it will remain until something in the contrary is provided.

As for the PDP and other political parties, it is now up to everyone to understand that we shall desist from playing politics with the issue of insecurity because like many people said, the bandits knew nobody who belongs to either APC, PDP or APGA if they are striking they strike at will and anyone can be a victim.

The time has come for all of us to join hand with the government actors to secure Zamfara state because it is only if Zamfara is secured that we can be able to confidently play politics of our party choice.

DON’T UNDERESTIMATE WHAT PDP CAN DO AS OPPOSITION PARTY IN ZAMFARA, SHINKAFI WARNS.