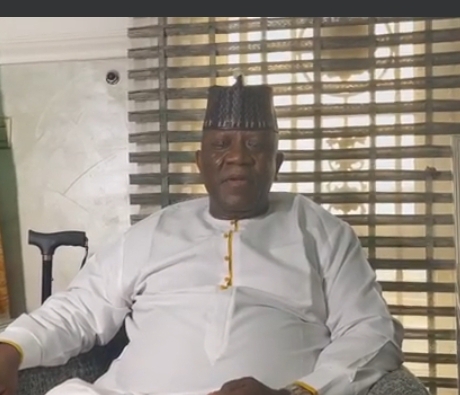 The management staff of An-Nahda University, Niger Republic have paid a visit to their newly appointed chancellor and former Governor of Zamfara State Abdulazeez Yari Abubakar at his residence in Maitama Abuja.

The team members were led by their Deputy Vice Chancellor Prof. Abdulnasir and there was Dr. Kabir Yushau the University Academic Secretary, Aliyu Babangida Academic Director as well as Mal. Hadi Salisu the head of ICT in the delegation.

The head of the delegation said the purpose of the visit was to sympathize with the former Governor over his recent ailment and also wish him quick recovery.

Regarding his aspiration to emerge as the APC National Chairman, the leader of the delegation said the entire management and students of the University have intensified prayers for the former Governor to succeed.

On his appointment by the University, the DVC said his selection was carefully made in consideration of the track record of the former Governor and his contribution to humanity.

Responding, the former Governor thanked the delegation for the visit and prayed for God almighty to return them safely back to Niger.

He assured that soonest he shall find out time to visit the university and see things for himself, assuring that he will render all the needed support for the university to succeed.