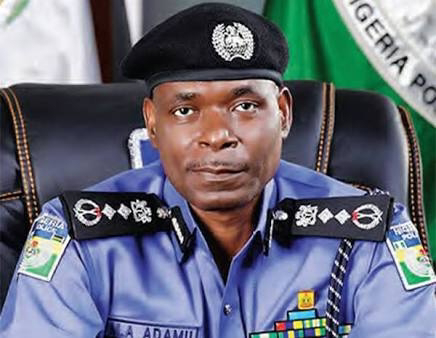 A mother of three,  one Hauwau Ilyasu popularly known as (Maman Fati) has been allegedly raped and matcheted to death in her matrimonial home in Damba area of Gusau, Zamfara state by a biological brother of her husband.
Our reporter who visited the scene of the incident this morning confirmed that, the deceased was matcheted severally in all parts of her body after being raped.
A seven year old son of the deceased, Musa who reported the case to the neighbours in the morning said that, the act was carried out by his father’s younger brother Aminu in midnight when he jumped the perimeter fence of their residential apartment .
Musa recounted that “when the murderer (Aminu) entered their house in the midnight with matchetes,  he was lying down with his little sister while the mother and the little baby were sleeping on the bed. Aminu breaks in to their privacy and started dragging with the mother and later stabbed her severally until the mother became unconscious.
Musa noted further when he realised that the man has overpowered them he pretend as if he was sleeping in order to avoid negative reaction from the murderer.
Another source who confided with Thunder Blowers Online News Medium confirmed that, the accused initially belonged to one of the bandits camps in the forest and was accused of being part of the bandits that have been causing serious insecurity challenges around Zamfara area but later repented and reunite with his elder brother who leaves in Damba area of Gusau.
It was also learnt that, Musa is just married to his first wife not up to a year and he stays with her at Filin Jirgi area of Gusau town and allegedly acted the way he did when he cannot settle his differences with the deceased who is believed to have been his host before he got married and relocate to Filin Jirgi area.
When the neighbours of the deceased reported the matter to the police, it was confirmed that the accused was arrested by the Nigerian Police and so far investigation commences.
The remains of the deceased was deposed at Yariman Bakura Specialist Hospital and funeral will be conducted for her when scheduled.
The husband of the deceased who was in Abuja as at the time the incident happened, is believed to be on his way to Gusau as the security agencies and other relations await his arrival for burial arrangement.
Meanwhile the Executive Director Center for Community Excellence, Adamu Abubakar Kwatarkwashi who led other members of the Civil Society Organisations to scene of the incident has condemned the act describing the development as not only sad but morally unbecoming of Muslim society like Zamfara.
Kwatarkwashi who vows to follow the matter up to its logical conclusion urged the Nigerian Police Force not to relent in ensuring speedy investigation and prosecution of the matter.
Mr Adamu noted further that, the government of Zamfara need to enact a legislation that will allow for the execution of death sentences to any accused of rape arrested and convicted.
Related Topics: