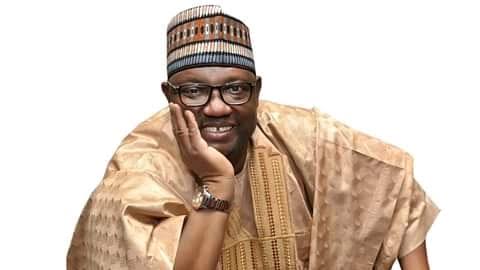 A chieftain of All Progressive Congress in Zamfara Sani Abdullahi Wamban Shinkafi has declared that, peace is gradually returning to Zamfara with the combine commitment of both the government and the people noting that, as of now Zamfara is the safest place to leave in the North.

Wamban Shinkafi who was speaking during an Iftar (Special Breakfast) with the heads of media organizations and practicing journalists in the state insisted that, people of Zamfara needed to entirely commit to God and show clear spiritual repentant for him to have mercy on them.

He said this act of divine repentance has worked for the people of Dansadau because they are lasting peace without entering into any peace pact with the bandits.

He added that, since September 2021 evidences have shown that, no citizen of Dansadau was abducted by the bandits because people of Dansadau have repented to God and are showing true commitment to praying to him for the divine intervention.

Furthermore, he also said Shinkafi which used to be one of the areas confronted by the security challenges has now become peaceful, noting that one can travel to Shinkafi at night without being attacked by the bandits either on the road or while in Shinkafi.