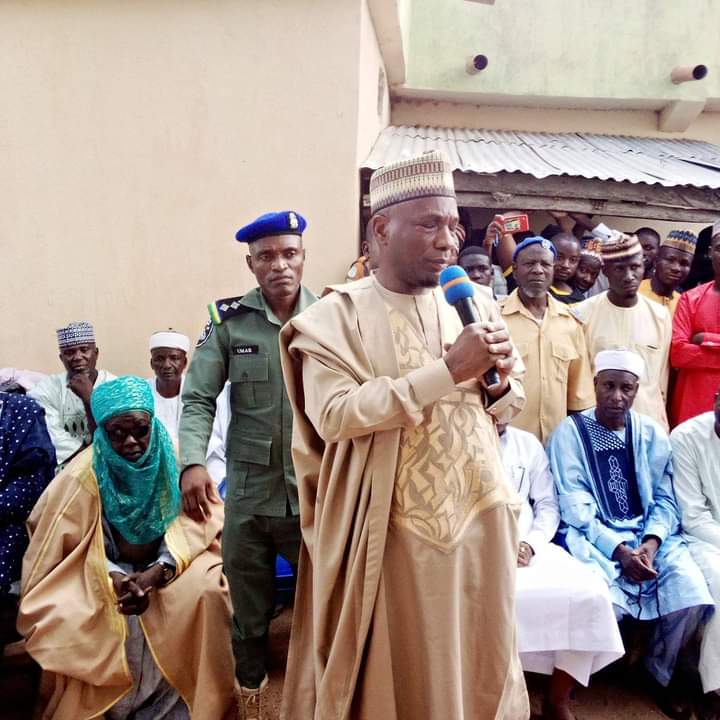 Last week in one of our editorial, we have raised concern about the inability of the state Deputy Governor Sen. Hassan Muhammad Nasiha to visit the people of Magazu and condoles them over the recent unfortunate incident that befalls them.

We have also described as unfortunate why none of the four Commissioners and other political appointees including the council sole administrator from Tsafe were able to pay a sympathy visit to the people of Magazu over the attack.

Some people within the government had also raised their voice against our editorial position, but could not deny the fact that, there is no moral justification for government refusal to pay special attention to the people of Magazu town and their predicament.

In fact, there were those with the opinion that the visit to Magazu village by the Deputy Governor was influenced out of the pressure by the media organizations specifically (Thunder Blowers) and more recently by the visit of Dr. Aminu Sani Jaji and his donation of (500) bags of maize and cash to the people of Magazu.

Like we always raised, leadership is not a child play and issue of insecurity shall be taken with all sense of seriousness by the government.

Now the Deputy Governor has gone to Magazu after over a week of displacement and trauma of the armed bandits, I think the government should understand that things related to the plight of the people need to be adjusted in the overall interest of the people of the state.

About twenty others were also injured and they are currently on admission at the General Hospital Talatar Mafara and to our surprise the acting Governor is yet to visit the community and consoles with them.

Like someone says, if what happened in Damri was an issue of reception of decampees, the Deputy Governor and his entourage will speedily be in Damri village to receive them for sure.

This argument does not need to be contested because the issue of politics has always been the priority of this administration.

Our clarion call to the state acting Governor is to please urgently set his machinery on motion to visit Damri and see things for himself.

ON THE REVIEW OF THE (N50M) DONATION TO GOVERNOR BELLO MATAWALLE