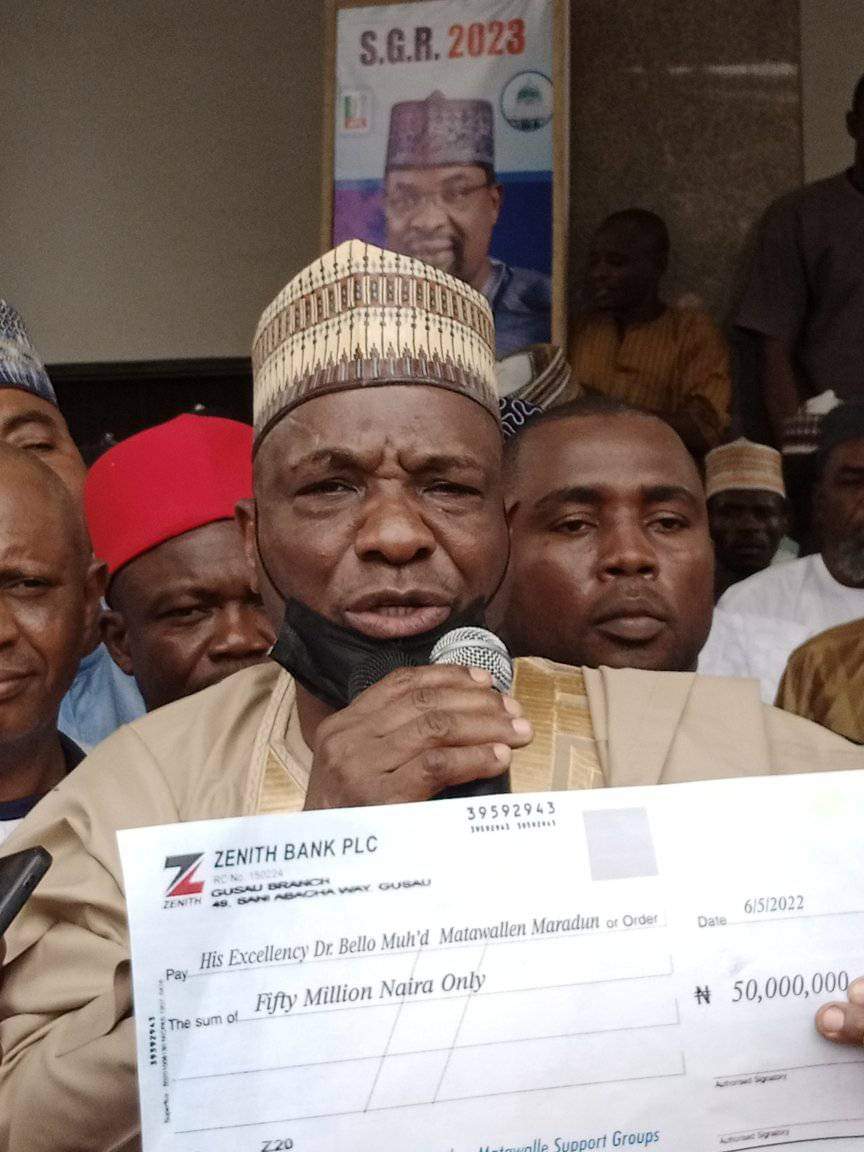 On Friday, the 6th of May 2022 Zamfara decides 2023 in collaboration with (135) other political groups took to the street of Gusau to conduct a (10,000) man-match rally in support of the gubernatorial aspiration of Governor Bello Matawalle for 2023.

Public had also expressed mixed reactions as to the sincerity of the entire process because number one, Zamfara state by all sense of morality is the least among the states that is supposed to have heavy concentration of political activities considering the volatile nature of our security situation.

Second, if the political groups which are dominantly occupied by political appointees of the government can have a sense of moral reasoning, they should have redirected their mindset toward converting the entire exercise to raising an “appeal funds” for the over (800,000) displaced persons across the fourteen local government areas of the state. 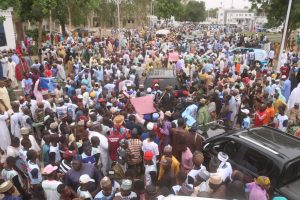 This would have been a good strategy to reviving the mindsets of these vulnerable group ofpersons toward re-electing the Governor because for now, like many political observers opined, there is a strong disconnection between the government and these categories of “neglected persons” who are displaced by the catastrophe of armed banditry.

One good thing the political supporters of the Governor are lacking is “good political strategy” and they believed every idea practiced somewhere may also be applicable to Zamfara state without mincing the peculiarity of the state and also the socio-economic conditions of the people.

To many observers of Zamfara politics, if Governor Matawalle wanted a second term bid by convention, it is the people who are supposed to decide that not the political appointees. Imagine the phenomenon in some states it was associations of concern groups of neutral citizens who shall see reason why such decision of supporting the Governor shall be made not the appointees who are attracting monthly salary from the government. To many people it does not really make sense. 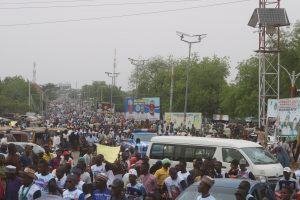 Let us look at the (Zamfara decides 2023) for instance, I have the privilege of hosting the Chairman and some members of the political group for an interview and if you make an x-ray of the arrow heads of that association they are “big-masquerades” that attracted “heavy” rewards from the government. The likes of the SSG, Speaker, Commissioners, Chairmen of the Boards and Heads of Agencies and Parastatals.

The point to be made here obvious is that, politicians who are supporting the returned of the Governor for the second term shall begin to think in-ward and take decisions that are both new and unique to the expectations of Zamfara electorates.

You must not do something for the Governor directly before he knew very well that you’re there for him. What you are required to do is to support the people and initiate ideas for them to believe that the government is really showing concern for their socio-economic crises. 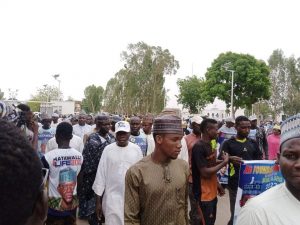 Like I said, if an appeal fund is initiated and fifty million naira is raised and food stuffs are procured and distributed to the IDP’s across the fourteen-local governments and the Governor is invited to hand over this donation and contributions to the IDP’s, I am sure not only the IDP’s even the himself will be much more convinced that he is doing well for the this category of people.

In another dimension again, why can’t they donate the money for the release of WAEC/NECO results of the children of the poor who have been at-home ideal for two or three years without advancing their studies. Even if the money is not enough, let there be some agreements with one of the examination bodies for the fifty million to be used in releasing some part of the result so that those who are lucky to be part of the selection process can start to move forward their academic carrier.

Definitely truth is bitter, but it must be said because like we used to argue leadership is not a child play, and it must be taken with all sense of responsibility. We will continue to remind all those in the position of authority that people must be put at the center of every decision-making.

The governor does not need (N50,000,000) before he can buy a nomination form to contest for Governor of Zamfara for the second time because he has the money for sure. But what he required is the goodwill of the people and that, public goodwill can only be attracted if those delegated with responsibilities have taken the bold steps of doing the right thing at all time. 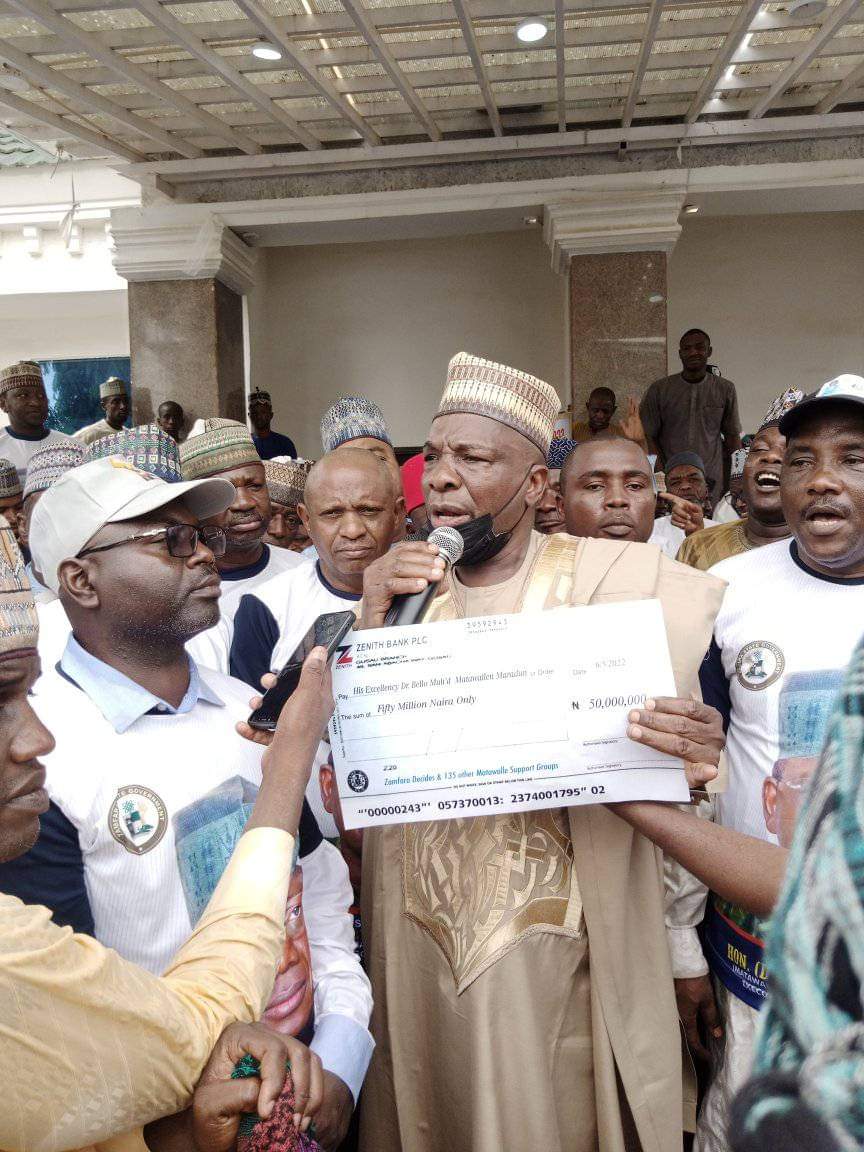 We keep saying that, Zulum the Governor of Borno is excelling because he believed, for him to get it right he must be able to put the people at the center stage of every decision he takes.

His reforms in the education, civil service, agriculture, health, management of humanitarian crises as well as sustainable development of Borno state is not in doubt.

He remain focus and insist on implementing policies that are geared toward transformation of Borno State and its people. This is what many state Governors in Nigeria are lacking. 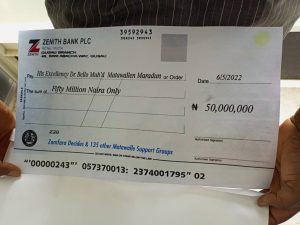 Since the decision to donate the sum of (N50,000,000) to the Governor has already been taken, the next thing Zamfara people await to see is for the Zamfara decide 2023 in collaboration with this over (100) organizations to organize a special appeal fund for the Internally Displaced Persons in Zamfara so that we can be able to strike the balance.

But Governor’s aides must be awake to taking the right decision to promote the interest of the movement. 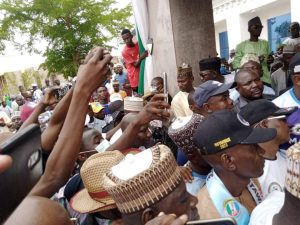 NOW THAT ZAMFARA DEP. GOV VISIT MAGAZU WHAT NEXT FOR PEOPLE OF DAMRI