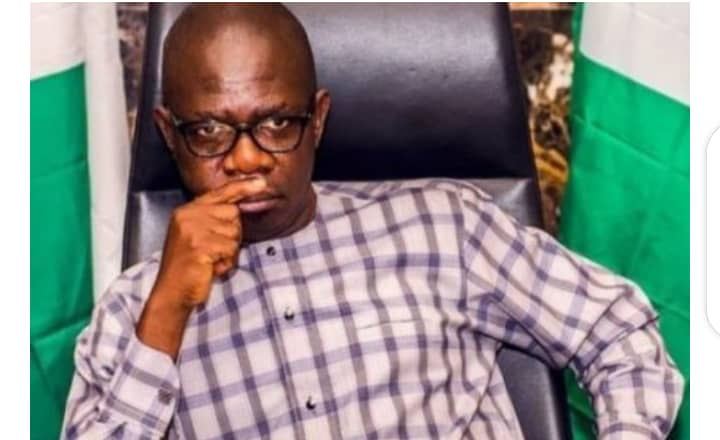 Members of the Ondo State House of Assembly have removed the state’s deputy governor, Agboola Ajayi.
It would be recalled that the House commenced the process of removing the deputy governor, Mr Agboola Ajayi early today.
The members of the Assembly deliberated briefly in the Assembly on the allegation of gross misconduct against Ajayi.
On the premises of the Assembly, scores of armed policemen and the men of the Nigeria Security and Civil Defence Corps are present to maintain the law and order.
Related Topics: