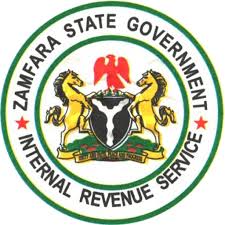 The Chairman of the National Association of Proprietors of Private Schools Zamfara State branch Dr. Tukur Abdullahi Madawakin Bungudu has declared that a total of over (170) private schools in Zamfara had so far remitted their 2022 personal income tax to Zamfara state Board of Internal Revenue Service.

Dr. Tukur who stated this in an interview session with Thunder Blowers in Gusau on Tuesday said, the effort to settle the 2022 personal income tax by these private school operators is part of their patriotic concern to supporting the state internally generated revenue drive.

He said the association is vigorously pursuing others to pay their own so that more can be saved by the state government to be able to provide the needed services and infrastructural development to the citizens.

He said though there is a consolidated revenue law on the ground which stipulated votes to be settled by members of associations like their own, the association had reached an agreement with state board of Internal revenue where private schools in the state were categorized into three each with amount agreed to be paid to the state government.

He assured that the association apart from being one of the strongest employers of labor is also willing to continue to offer its support toward ensuring the desired reforms in the area of education.

COURTS SHUTDOWN IN ZAMFARA OVER INSECURITY