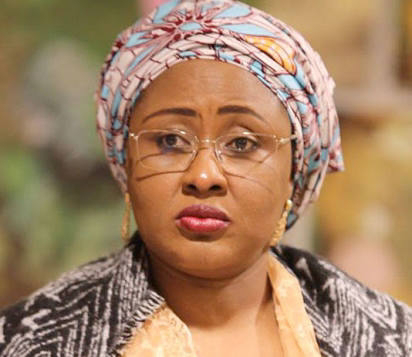 The aide-de-camp (ADC) to Aisha Buhari, wife of the Nigerian President, Muhamnadu Buhari has been restored.
Our correspondent revealed that CSP Usman Shugaba has been cleared of any complicity by a panel set up to investigate the shooting at Aso Rock.
It was revealed further that other security aides to the wife of the president have also been returned to the Presidential Villa.
Thunder Blowers online News Medium earlier reported the clash in the villa between Buhari’s aide and ADC of the First Lady and the President’s Personal Assistant, Sabiu Yusuf.
It was alleged that Tunde flew in from Lagos to Abuja and refused to self-isolate himself.
Aisha Buhari and her children – Zahra, Halima and Yusuf – headed to Mr. Tunde’s residence located at House No. 8 by the Pilot Gate to confront him.
The First Lady was accompanied by Shugaba, Escort Commander, DSP Sheriff Kazeem (son of former Inspector General, Hafiz Ringim), and four riot policemen.
The confrontation led to a brawl and the ADC allegedly fired gunshots.
Thunder Blowers learnt further that Yusuf ran to the residence of his uncle and Buhari’s nephew, Mamman Daura, who then communicated the matter to the president.
The president then instructed for a panel to be set up and investigate the matter to know what actually transpired.
Related Topics: