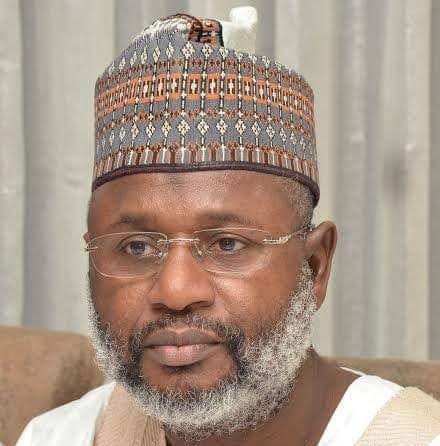 The former civilian Governor of Zamfara state Ahmad Rufai Sani said, the single-handed decision of fixing candidates for various political posts by former Governor Yari in 2019 was the main reason why other group of eight aspirants stood their ground to object the decision.

Yarima who spoke to BBC Hausa service via their Saturday programme “Gane mani hanya” said, contrary to some insinuations, Yari has no issue with him, but he does with the other 2019 gubernatorial aspirants.

“As a leader, I have tried to play a neutral role and refused to support any of the factions during the 2019 APC crises in Zamfara”.

“That singular decision of Yari of showing his interest on who emerged as Zamfara Governor in 2019 caused the formation of what we called group of (8)”.

“During the 2019 crises, the national headquarters of the APC had rejected what Yari has done in terms of fixing candidates for respective elective positions. When President Muhammad Buhari came to Zamfara for campaign in 2019 he also objected the arrangement made by Yari, and it was made public”.

“You can ask the people of Zamfara whether Yarima has played any role in supporting any part of the crises in 2019”.

Yarima said after the 2019 election, the crise has softened because there is a seating Governor in the party, and he is now in charge, and he is going to contest for the office of the Governor for the second time, so it may not be possible for someone within the same party to aspire for the post of Governor.

“We have a standing rule in Zamfara when we have a seating Governor, and he is due for the second term, no one can aspire for his post”.

“The party rule says the seating Governor is the leader of the party. People like us are now elders of the party. We have no option than to support the Governor because the constitution of the party has empowered him to lead. But despite that, he knew the status of everyone”.

On why, he (Yarima) has snot been talking on security challenges facing the state, Yarima said as someone who understands the dynamics of governance, it would not be rational for him to be coming to the media and be talking of insecurity.

“When I was in the Senate I had been standing on the floor to raise the concern of Zamfara people” Yarima added.

Yarima also connected the security challenges bedeviling the North to in sufficiency of the security personnel and poor motivation.

On how to end the social insecurity confronting the state, Yarima advocated for the revival of community policing and insisted that if the government increases the take home pay of the security agencies and provided them with the modern arms and secure welfare for those who lost their lives people would be able to join security outlets and defend themselves.