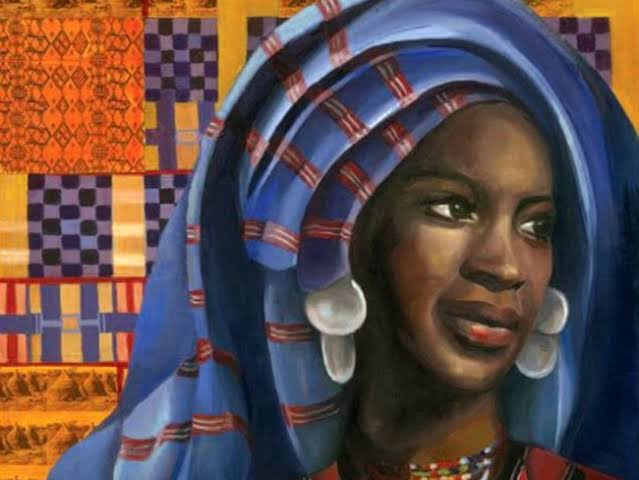 In spite of the crucial roles women play in Northern Nigeria the cultures and traditions have labeled them as ‘Mere Visitors’ in the words Dr. Balkisu Saidu through the girl child desires and need proper training and education.

Traditionally here, girls are considered to be mere visitors in the family who just come to pass to another man’s house, this is true but this does not erase the fact that her family members’ necessity of giving her good home training and education before proceeding to another man’s house.

The life of a girl-child/woman is tasking and herculean as a daughter, sister, mother and the veritable first and best teacher in the family nay the society. This led the essential Amazon Maya Angelu- The black American Creative and prolific writer to observe that ‘Being a woman is hard work’ hard work indeed! Perhaps Maya Angelu is trying to sum up the efforts, duties, trials and tribulations of women in some parts of the world which include Northern Nigeria.

This essay is an attempt to propose a kind of ‘Paradigm Shift’ as it were, in the society as regards to handling and training of the girl-child (woman).

It is obvious in our Northern Nigerian society the girl-child is not usually given the societal care she deserves and also the concern she deserves by the family, teachers, husbands and even the wider society as a whole.

First and foremost, the antics of feminists and feminist ideology apart, the girl-child is a human person like any other male counterpart who should be giving training, education and skills as their male counterparts.

But what, unfortunately obtains is normally, the antithesis of what is supposed to be the case in terms of parenting and education from families and the wider society through all the phases of her life.

BThe girl-child in typical Northern Nigerian society the idea is always exclusion-as the girl-child/females are stereotyped to believe and behave they are “women” which carries the meaning that they should not go beyond the limits set for them by the cultural norms and traditions of the society.

There is always a limit of how she should walk, talk and act and there are matters she should not have a say because she is a girl-child at the phase of marriage, apart from the boundaries set by culture and traditions some of which are in order there are of course some that are culturally-imposed traditional boundaries on the girl-child or woman as regards to their training and education empowerment and the contributions they could offer as human beings to their communities.

At the phase of adulthood whether married or as spinsters the society also places some restrictions on what a woman could do in the public space, which if she goes contrary to, the society would condemn her as behaving ‘against the grain’ of being a decent woman which could be termed as a sort of taboo.

For instance, in the political sphere it is considered an anathema for a woman to express her intention to vie for elective post. Though things are now changing; but it is still not yet uhuru in this particular sphere.

Despite the affirmative action where women are expected to have 35% of positions in the political landscape as proposed by UN and other bodies, it appears much needs to be done in this area of woman’s life in Northern Nigeria.

The argument canvassed in this essay, thus far, is that the girl-child woman or females deserved a better deal than what is currently obtains in most parts of Northern Nigeria.

This submission is not feminist polemics, as some readers may wont to react, but is beaked by what the heroes and heroines of Islam submits. It is also a fact of life that nothing is permanent except change.

Therefore as circumstances and situations of the society changes people both males and females should be prepared for the change.

Witness the current changes brought about by the computer revolution, the internet and globalization. It is clear that the main drivers of change are the youth which comprises of both males and females. Mark Zuckenberg of Meta/Facebook fame and his ilk are all youth and coming close home to Nigeria are observes that women all very crucial factors in the drive for change in our Nigerian society.

This is reflected in the News-media, Social-media and Internet and the girl-child need to be well-prepared for the onerous, responsibility of being the drivers of change or important segment of it.

Recent history in the North shows how, with proper education, training, grooming and mentorship women limits the sky. They could be great achievers as chang in the lives and leadership vistas of Aisha Gomi, Hadiza Bala Usman, Zainab Shamsuna Ahmad, Kadria Ahmad, Fatima Damagum, Prof. Rukayya Ahmad Rufai. Senators Zainab Kure, Sen. Binta Masi and host of other women of Northern Nigerian extraction who are contributing greatly in their areas of endeavor in the great Narrative of change in Northern Nigeria.

Everybody has what to offer to make our girl-child or woman offer her contributions to given proper education to their siblings, family, government and the entire society. As a well-known adages states: if you educate a woman, you educate the whole family or society.