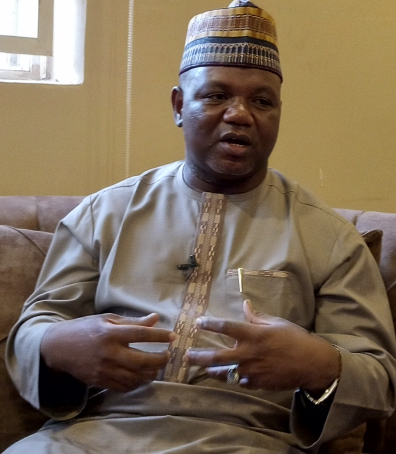 One of the APC aspirants that contested for Maru/Bungudu Federal House representative Abdulrahaman Muhammad Tumbido has filed a petition before the APC appeal committee seeking for nullification of the primary election conducted on the 27th May 2022.

In the petition, a copy which was obtained by this medium, said he wants the election nullified on the ground of illegibility of the candidate that was returned elected Abdulmalik Zubairu Zannan Bungudu to participate in the exercise.

According to the petition, up to the time of the conduct of the primaries 27th May 2022, Abdulmalik Zubairu was a card-carrying member of the PDP and that he was never issued with any waiver by the national headquarters of the party to contest.

He also alleged that, the primary election conducted was full of irregularities,, especially as it relates to change of list of delegates, and detection of the five delegates who are ghost but brought to the venue to cast votes.

He further alleged that, appropriate electoral guidelines were not followed during the accreditation process and accused some state government officials from hijacking the voting process from the delegates.

“At the venue of the primaries Zamfara State Commissioner for Special Duties and member of the state house of assembly for Maru North constituency were seen and captured on video hijacking ballot papers from the delegates and writing the name of Abdulmalik Bungudu against the provision of the law”.

Kogunan Maru also alleged in his petition that, “thugs and notorious Yansakai were deployed by Abdulmalik Zubairu and his supporters to intimidate me and other aspirants including our agents and delegates. One of my agents was beating by the hired thugs”.

He also alleged that some government appointees participated as delegates in violation of the clear provision of our extant laws.

He urged the members of the appeal committee to cancel the election and order for the conduct of a fresh, free and fair election.