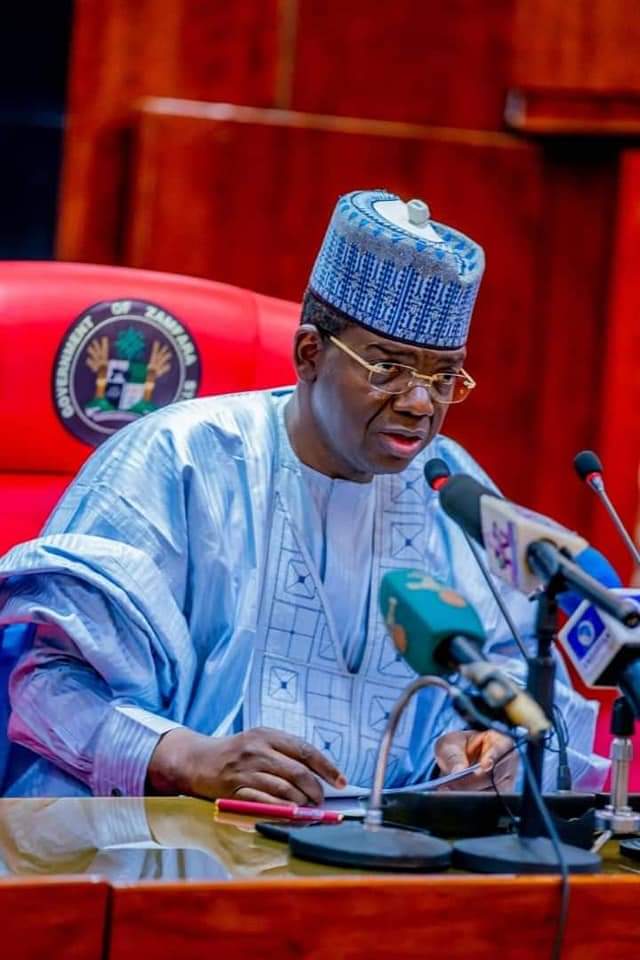 Let us begin by saluting the courage of the National Chairman of APC caretaker and extraordinary convention planning committee H. E Mai Mala Buni for standing firm to affirm the leadership of APC to Bello Matawallen Maradun the Governor of Zamfara State.

Our deepest appreciation also goes to the Governor of Zamfara Bello Matawalle for his all-inclusive approach in making sure that all stakeholders are carried along in the running of the affairs of the party.

Most interesting is the wisdom of the Governor to accommodate both the youth, the aged, and professionals who have much to contribute to the development of the party and Zamfara state by extension..

Building from this confidence of the Governor, we may wish to call the attention of the His Excellency and indeed the power brokers to continue to play politics with all sense of fairness and all-inclusiveness.

To be categorical, we want to say that, Bungudu local government is one of the local governments in Zamfara state that produces the winning votes during elections since 1998 but most unfortunately it is the most marginalized in terms of political considerations.

Even though the present administration has tried in reconsidering this our status by given us some portions of political appointments, beyond the gesture we need to be given proper realignment in terms of elective positions.

Since the return of democracy in 1999 for instance, Bungudu Local Government has never produced a Senator even for a single term and for record Gusau, Tsafe and Maru had once produced the likes of Sen. Saidu Muhammad Dansadau, Sen. Kabiru Garba Marafa and Sen. Hassan Nasiha.

For us, it is unfair politically to be getting allocation of the post of Member Federal House of Reps always because our political strength and contribution should be seen beyond the current political permutation.

Your excellency we are not in doubt of your love for Justice and fairness like wise the love for Bungudu people,, but we must be determined to call your attention to work toward treating people of Bungudu as your true children and with all sense of fairness.

For this, senatorial bye election to be scheduled, we are calling for your political sympathy to consider Bungudu people so that we can be given the chance to play our role in the red chamber. If that is done, the equation is balanced and history will continue to remember you.

Thank you
From the Concern Citizens of Bungudu LGA.