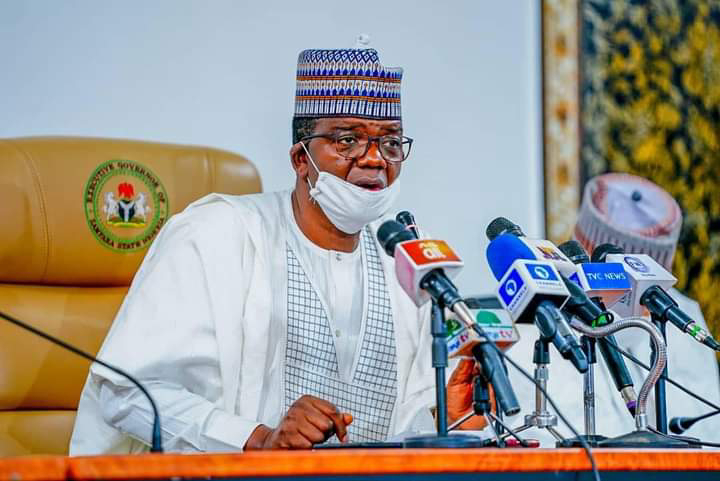 Zamfara state government has commenced test transmission of its multi million naira digital FM Station to be run by the state Radio and Television Service.
This was disclosed to newsmen in Gusau on Thursday by the Executive Chairman of the State Radio and Television Service, Alhaji Saidu Maishanu.
“I wish to happily inform you that our governor, Alhaji Bello Mohammed Matawalle has invested over N170 million to actualize this FM project which is equiped with state of the earth degital facilities to improve and expand our coverage.
“The Nigeria Broadcasting Commission (NBC) has already sent its engineer from Abuja to inspect this new section and as am talking to you now we are still with the NBC representative who is expected to make his suggestions here and take his recommendations to his headquarters,” the chairman said.
He said at the moment, the FM had already been allocated the transmission channel of 105.5 by the NBC and that the test transmission would run between 9am to 12noon and 4pm to 6pm for its morning and evening sessions daily.
The chairman further said his office had secured approval from the governor for the purchase of a 50 klhz digital AM transmitter to boost the capacity of the AM component of the station.
He thanked the state governor for the effort in modernizing the information dissemination sector of the administration.
Earlier, the MBC representative, Engr. Nwabuke who said he was at the facility to assess the FM readiness of the station expressed satisfaction with what he saw noting, “there are little things here and there that need to be done to make it fully functional.
“I want to congratulate the state govetnor, Alhaji Bello Matawalle for attaining such a wonderful feat which am sure will go a long way in creating awareness among the people of the state especially in this critical time of armed banditry disturbing the state.
“You know radio is the fastest way of reaching to the people, so if this is used as expected, people of the state and beyond will certainly be well informed.
“What will happen next is, l am going to forward my report to the headquarters which will possibly lead to the full approval of the NBC for transmission,” he said.
Related Topics: