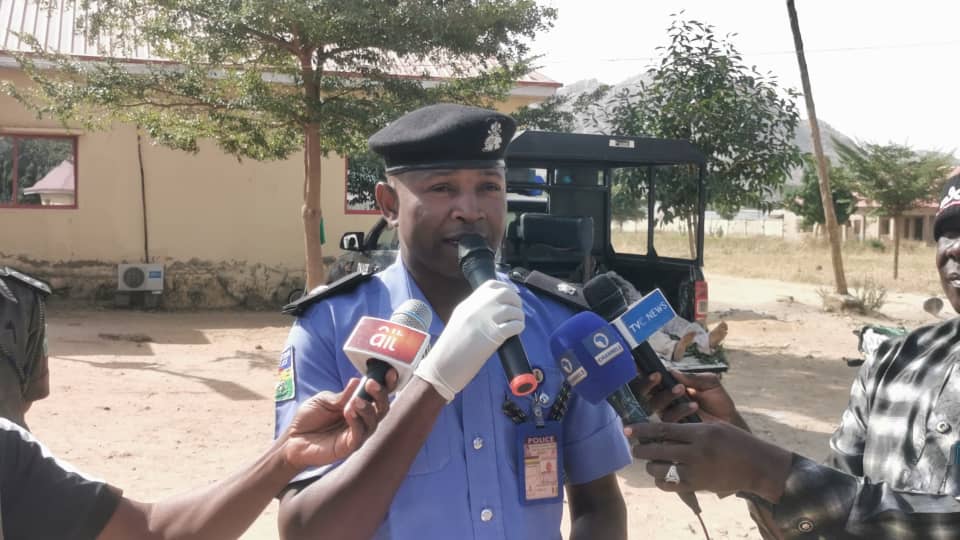 Zamfara state police command has announced the arrest of six syndicates who specializes in criminal conspiracy, theft of motor vehicles, and receiving stolen properties in Gummi.

This is announced during a press conference held at the state police headquarters in Gusau the state capital on Monday.

According to Shehu those arrested include, Hamza Abubakar and Ibrahim Muhammad all of them from Kebbi state. Others are Babangida Tukur and Mani Muhammad, Umma Kusari from Sokoto state and also Sani Abubakar from Gummi local government area of Zamfara state.

The Police spokesperson further said, Umma Kusari who is among the six syndicates is now at large.

According to SP Shehu exhibit recovered from the suspects include two Toyota Corolla Black and red in colors, and (N500,000)as crime proceeds.

“On 18th January, 2022 Police patrol team while on stop and search along Gummi – Daki-takwas road, acted on intelligence information and arrested Hamza Abubakar of Kebbi state who was suspected to have purchased a stolen Toyota Corolla black in color from Sokoto to Kebbi for disposal”.

l “On the 22nd of January 2022 Police detectives while on investigation activities in Sokoto also recovered another stolen Toyota Corolla red a property of one Habibu Garba ‘M’ of Kebbi State which was stolen and found in the possession of Bashar Dalhatu a member of the same syndicate”.

SP Shehu Muhammad further said, investigation is in progress with a view to arresting all the members of the syndicate before being charged to Court for prosecution.