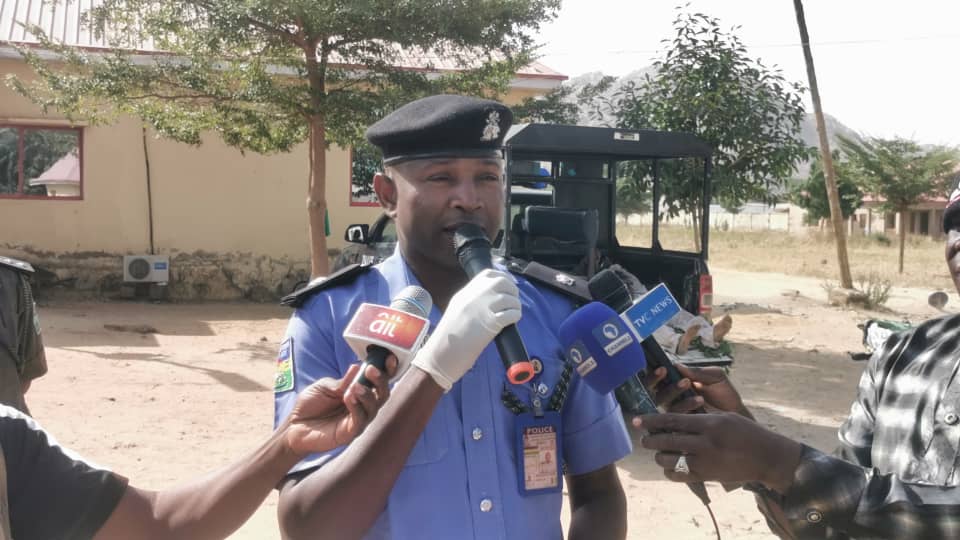 Zamfara state police command has announced the arrest of two suspects in connection with kidnapping of the younger brother of a popular politician and ex-banker, Yusuf Lawal Dare.

Police spokesperson SP Shehu Muhammad who announced this during a press briefing on Monday said, the suspects were handed over to the police by the Department of State Security Services for further interrogation.

“In a sustained working synergy among the security agencies in Zamfara State. On 21st January, 2022 at about 1230hrs, the Department of Security Service, Zamfara State transferred a suspect and exhibits for alleged Conspiracy in the kidnapping of one Alhaji Yusuf Lawan Dare, at his residence in Gada Biyu area, Gusau LGA”.

“The suspect while undergoing interrogation confessed that, sometime in 2019, himself and his other gang members now at large conspired and masterminded the kidnapping of the victim at his house located at Gada biyu area, Gusau in which the sum of Seven Million Naira (N7,000,000) was paid as ransom before he regained freedom”.

He further confessed that, out of the ransom paid, he was given the sum of Five hundred and thirty thousand naira (N530,000) as his share.

The cash sum of four hundred and seventy-nine thousand, four hundred naira (N479,400) was recovered from him, with other exhibits as mentioned above.

SP Shehu Muhammad further said, discreet investigation is in progress aimed at arresting other fleeing suspects before being charged to Court for prosecution.