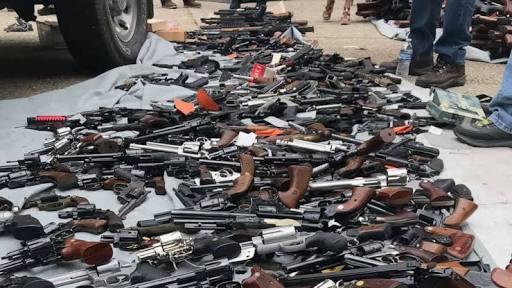 The Zamfara State Police Command has commenced a special operation aimed at mopping up, seizure and recovery of illegal firearms, ammunitions, weapons and devices from those who are not authorized to owns them.
The decision is sequel to the numerous complaints and allegations of proliferation of the illegal firearms among many unauthorized groups in the state. The statement by the State Police Command Public Relations Officer SP Shehu Muhammad has said. 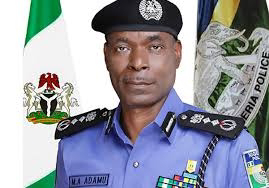 The step is taken in line with the provision of Part II (3) of the Firearms Act N32 of the 1959  which Prohibited possession of Firearms mentioned in Part 1 of Firearms Act except in accordance with a license granted by the President of the Federal Republic of Nigeria.
SP Shehu Muhammad said, the State Commissioner of Police, CP Usman Nagogo has set up a Police Joint Taskforce headed by the Deputy Commissioner of Police in charge of Operations with a mandate  to commence the mop-up, seizure and recovery of all illegal and prohibited firearms and ammunitions from unauthorized persons, suspected militias groups, criminal/unlawful gangsqming others. The Operation will equally include cordon, search and raid, seizure from any premises, hideouts, dwelling houses or buildings or sites (completed or under construction) or any other location where these illegal/prohibited firearms are kept or on reasonable suspicion are believed to be kept, SP Shehu added.
He further said the State Police Commissioner has warned members of the general public, individuals and groups such as vigilantes,  town unions, hunters and watch men especially those operating in the night or any group or association under any capacity other than statutory security agencies recognized and gazetted by the federal government of Nigeria to bear firearms of specified category to comply and cooperate with the committee. 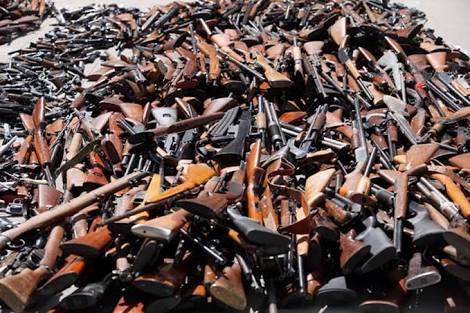 “Those in possession of such firearms are given Seven  (7) days from friday, the 13th  August, 2020 to surrender them to the Task Force team or any nearest Police Station they are domiciled, SP Shehu added.
Shehu further said the newly launched operation is to ensure full enforcement of the directive and help the command manage the lingering security situation affecting the state. 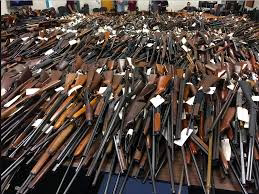 The statement also added that, all Area Commanders and DPOs  are instructed by the Police Commissioner to ensure that the instructions are enforced by engaging and sensitising all stakeholders and indeed members of the general public.
Related Topics: