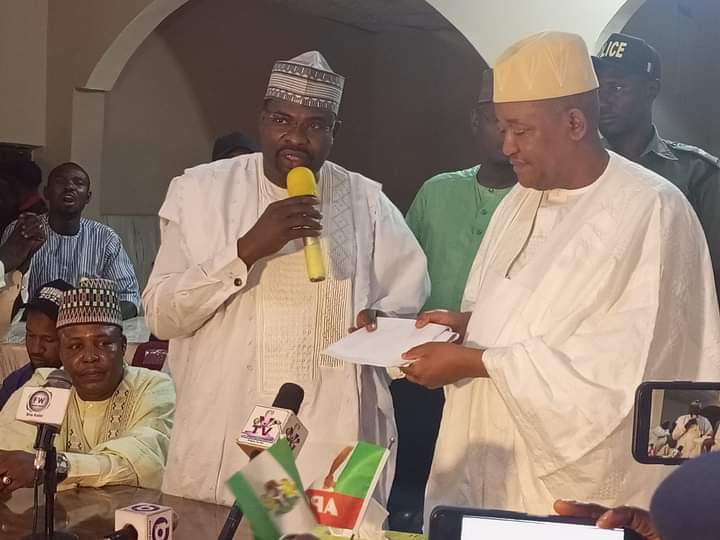 In a ceremony held at the state APC secretariat on Monday, the politician said the intervention is meant for party executives at the state as well as those from his senatorial District comprising Bungudu, Maru, Tsafe and Gusau.

The package that made up the thirty trucks comprises (20) trucks of rice and (10) trucks of millet.

He also allocated to party executives from each ward of Zamfara Central (40) bags of rice and (15) bags of millet.

The politician said, each party official at the state level will be allocated (10) bags of rice.

He also allocated to the youth leaders in the four-local governments that made up of Zamfara Central (10) bags of rice.

Also, the politician allocated (10) bags of rice to women leaders in the local government that made up of Zamfara Central.

He also allocated five bags of rice and two bags of millet to people with special needs from the four local government areas that made up of Zamfara Central.

Put together, the total number of bags of rice and millet allocated to the four-local governments in Zamfara Central is (405) and (401) respectively.

At the level of state, executives would be allocated (150) bags of rice and (30) bags of millet.

Youth wing of the party also secured allocation of (25) bags of rice and (10) bags of millet from the politician.

The party Chair lady and her members got allocation of (25) bags of rice and (10) bags of millet from Sanusi Rikiji.

Put together, a total of (606) bags have been allocated to the beneficiaries at the level of state