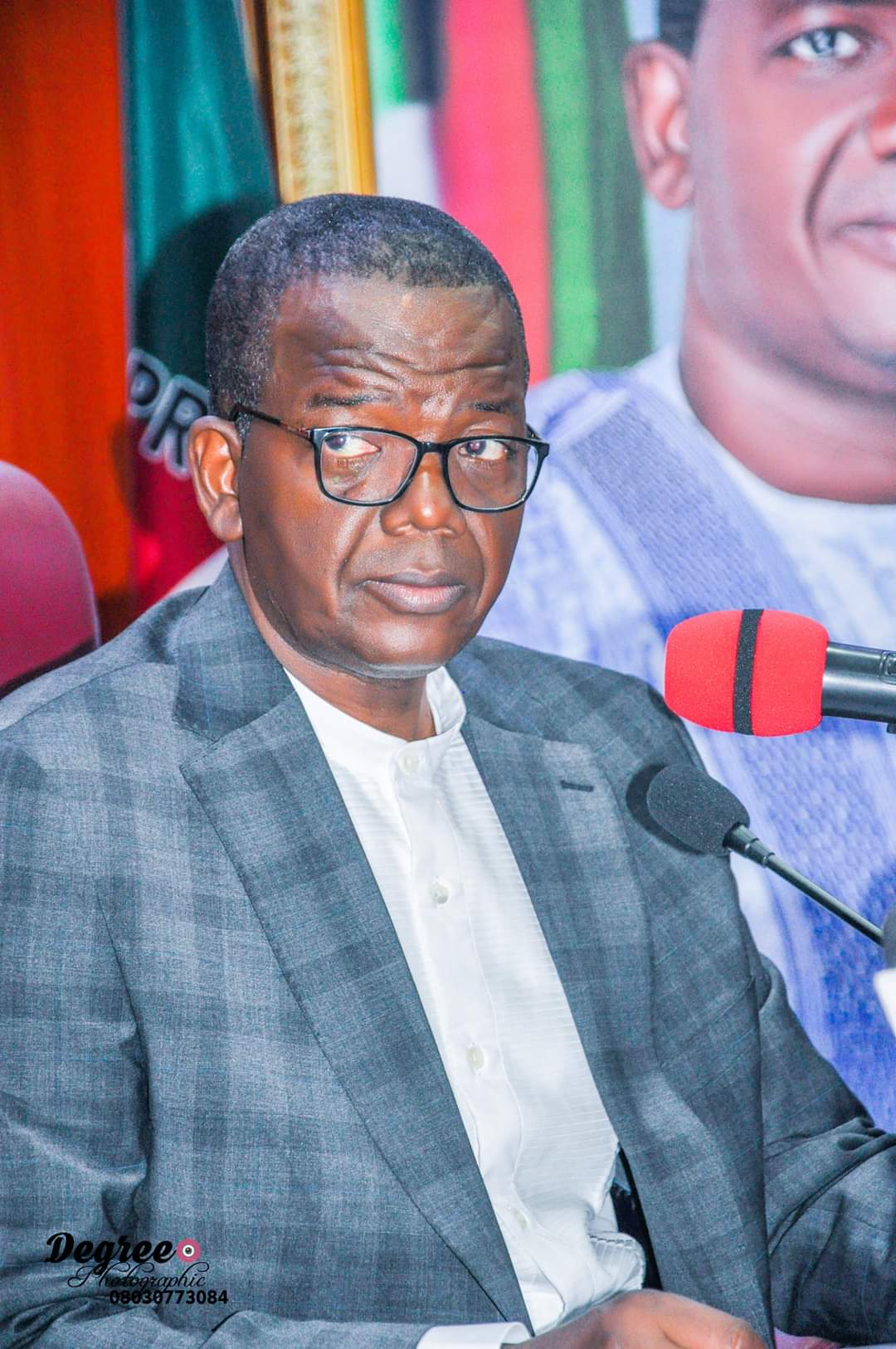 Why is it that we have absurdities everywhere you look in this dispensation? How do you now convince the good people of Zamfara state that there is a government and a governor in their state when their very Chief Security Officer is asking everybody to buy gun and defend themselves against the marauding bandits terrorising farmers and villagers? Ordinarily on the surface, it sounds a desperate measure but beneath it is an outright failure of leadership in the state.

Hear what the Zamfara State Government said as issued by the State Commissioner for Information, Ibrahim Dosara: “Following increase in the activities of bandits in various parts of the state and the government commitment to ensure adequate security and protection of lives and property of the citizenry in the state, particularly during this rainy season, government has resolved to take further measures to deal with the recent escalating attacks, kidnapping and the criminal levies being enforced on our innocent communities.

“This act of terrorism has been a source of worry and concern to the people and government of the state. Therefore, in order to deal decisively with the situation in our respective communities, government has no option than to take the following measures:

Even though it’s obvious the Zamfara governor is frustrated in tackling insecurity in his state as is the case with other Northwest states, there is no reason for him to sit in his state capital and issue orders that citizens should take up guns to defend themselves.

Governor Bello Matawalle should have known that the directive will only escalate the problem and transfer guns to the hands of criminals and/or opposing political camps.

It is a dangerous trend and it is also telling the security forces and the presidency that we have lost confidence in you. The governor should have known this.

As explained by a retired senior military officer,” the highest calibre of guns the commissioner of police can issue license on are shotguns, otherwise known as double -barrel or pump- action, stressing that their range of 50-100 meters makes them ineffective in fighting bandits who use AK47 and AK49 which have a range of 300-500 meters.

“So, granted, that the commissioner of police issues licenses and citizens to buy these guns. If you are holding a gun that can only go 50-100 meters, you are already at a disadvantage.

“You cannot defend yourself from bandits coming with AK47 and AK49 and sometimes heavy machine guns with a battle range of about 2,000 meters. So, the call by governors for citizens to arm themselves is just out of frustration but it is not going to be of any use.”

If the governor had known that what he was going to do was an outright proclamation that Zamfara has no government in place or that the man there has completely gone out of steam and ideas on what to do and how to do what to do, he wouldn’t have taken that option or at least he would have made it a covert policy to save his face.

Agreed that the man is under immense pressure not to be seen to have failed in his constitutionally assigned responsibility of securing lives and property of his people as the chief security officer of the state, did it occur to him that his call to the people of the state to buy guns and defend themselves may create an atmosphere of heightened panic and even worsen the insecurity situation in the state?

When you say everybody should go and get arms to defend themselves, you are creating panic by giving the impression right or wrong that the government is not in control and that the environment is not safe.

Does the governor need to be told this policy directive is an invitation to anarchy? It’s a direct call for anarchy at the highest level. You can’t imagine the kind of extra judicial killings that would result from this current governor’s pronouncement.

Zamfara state government should anticipate a high number of extra judicial killings as a result of the directive. It simply shows the APC -led Federal Government, the Zamfara state APC -led government have failed the people of the state woefully.

The Zamfara state governor should have known that his directive out of frustration was a public declaration of a vote of no confidence on the police, the military and other security agencies at the state and national levels.

The first question is, how would Matawalle determine those eligible to buy and bear arms? Is it going to be community- based or just clandestinely arming APC members and their thugs in the state against political opponents of the governor especially members of the opposition PDP and some traditional rulers?

Going public to make the pronouncement even before discussing with the police, military and other security agencies in the state does not show a chief security officer who is in charge and who have any idea of what to do to actually help secure his people.

Now barely 24 hours from the governor’s announcement, the state police Commissioner came out to say that he’s yet to receive any directive to issue gun licences to the people. It means the governor did not even engage the police and other security agencies on his plan before going public. You don’t play cheap politics with your people’s lives.

Under which law does the government of Zamfara State permit its indigenes to bear arms? What the Zamfara State Governor has just declared is against the law of the land and it’s like a mutiny.

Shameless people and public admittance of failure! This is the country we have were leadership recruitment is terribly flawed and negatively skewed toward mediocrity, sycophancy, and docility.

(ALIYU MUSTAPHA is a practicing Constitutional Lawyer lives in Sokoto and can be contacted: No 13B Sani Abacha Close, Old GRA, Sokoto; email: alazua3000@yahoo.com)