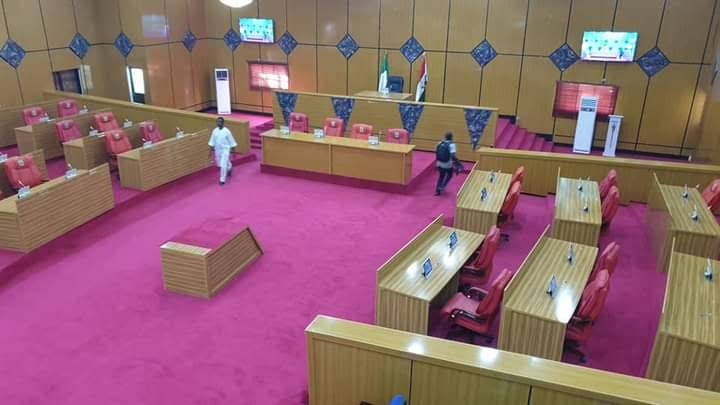 The Zamfara State House committees on Women, children and social welfare and that of parliamentary forum had on Thursday presented the report on the disability Bill which was handed over to them for legislative assessment.

According to the statement by the house spokesperson Nasiru Usman Buyabiki, the committee laid the report before the house plenary for debate.

Leading the debate on the report, the Chairmen of the two committees Nasir Lawal Bungudu and Kabiru Magaji Kwatarkwashi said the bill was presented before the stakeholders, valid inputs were collected and inserted and also all the necessary adjustments were made before presenting it for third reading.

Part of the content of the report suggest that, a plan for the establishment of a state social protection and disability fund shall be made with an independent source of funds.

The bill also suggest that there shall be disability board and the board shall comprises part-time Chairman and six other part-time members with at least one woman representative suggesting that the remaining members shall be people with special needs.

The report as contained in the Bill also proposed that, the Governor shall, subject to the recommendation of the State Head of Service appoint the Executive Secretary from within the Civil Service.

Yusuf Alhassan Kanoma, Kabiru Hashimu Dansadau, Nasiru Lawal Bungudu among other lawmakers insisted that the bills if passed into law will help greatly in managing all forms of social discrimination against people with special needs.

After thorough deliberation, the members passed the bill into law and ordered that the clerk shall transmit the clean copy to the Executive Governor for assent.

In a comment, Speaker Nasiru Magarya commended the effort of all the members for ensuring that the Disability bill is passed into law.

He specifically thanked the two House committees for the thorough job done and urged them to sustain the momentum.

He also thanked the international partners, especially Save the Children all other critical stakeholders for their support and for participating in the process of making sure that the bill has been passed into law.