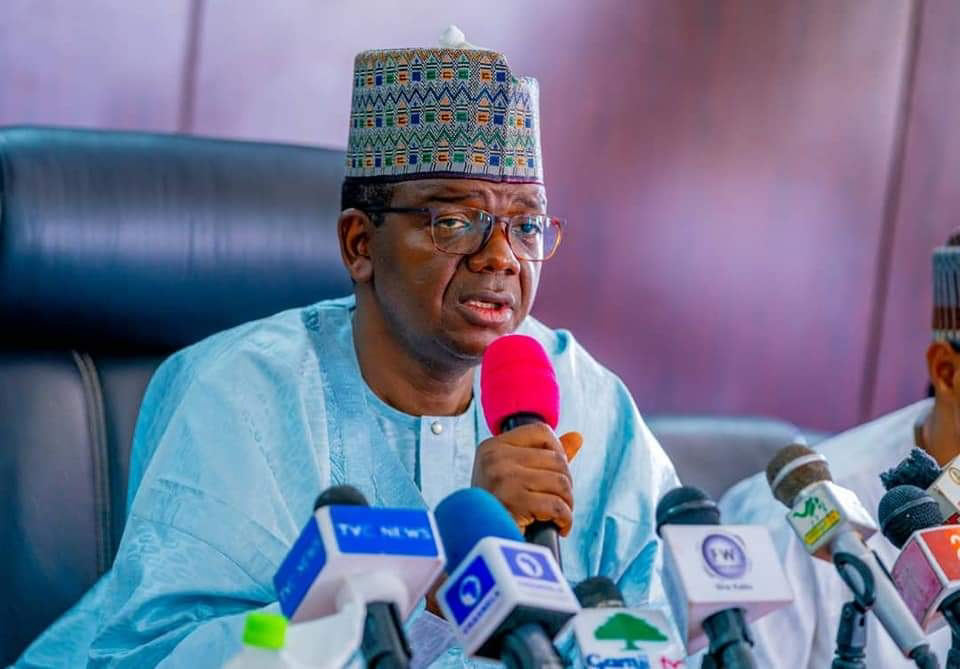 Governor Bello Muhammed Matawallen Maradun has appealed to the federal Government to Release the N10 Billion Naira special intervention funds it promised earlier as support for victims of Armed Banditry and flood disasters in the State.
Governor Bello Matawalle made the appeal on Monday during a special Town Hall meeting on the State of the Nation organised by the Federal Government in Gusau, the State Capital.
In a statement by Governors Director of Press Jamilu Iliyasu Birnin Magaji said, the Governor who was represented by the Secretary to the State Government, Alhaji Bala Bello Maru  said Zamfara state is one of the frontline States in the Northern part of the country with cases of Armed Banditry, kidnappings, cattle rustling and flood disasters where many people were rendered homeless, hence the need for the Federal Government to Release the N10 Billion Naira special intervention funds for immediate resettlement and assistance to the victims in order to cushion their hardships.
The Governor also called on the Federal Government to Construct the Dansadau/ Birnin-Gwari/ Minna Federal road cutting through Zamfara, Kaduna and Niger States as part of measures to obstract the advantage used by armed bandits.
The Matawallen Maradun reiterated his Administration’s resolve in using the stick and carrot approach to ensure the sustainance of peace and tranquility in all parts of the state.
He also called for the establishment of synergy between the State Government and the Federal Ministry of Humanitarian Affairs, Disaster Management and Social Development for the formation of a joint committee that will be sharing support and assistance to the masses so that everyone will be covered.
The Governor also informed the gathering that Zamfara state has not experienced #EndSARS Protest and any other violence in all parts of the state, pointing out that the palliatives given to the state by the federal Government had been distributed to the deserving benefiaries in the State
In her address, the Minister of Humanitarian Affairs, Disaster Management and Social Development Hajiya Sadiya Umar Farouk said a  total of 282, 529 pupils are currently being fed under the National Home Grown School Feeding Programme in Zamfara state by her ministry.
The minister said the scheme was being carried out in 1,759 schools cutting across all the 14 Local Government Areas of the state and giving employment to 2000 cooks.
Hajiya Sadiya Farouk noted that the COVID-19 Pandemic lockdown, ongoing activities of Armed Bandits and the flooding experienced in North West Region of the country led to the displacement of over 247,000 Persons in Zamfara, Katsina, Sokoto, Kebbi, Kaduna and Niger States.
The minister said this Town Hall meeting is significant as it will allow people of the state to collectively communicate, identify, articulate and derive solutions to Humanitarian and Developmental challenges that have arisen in Zamfara state from Banditry, extreme weather conditions and the COVID-19 Pandemic.
While commending Zamfara state government in addressing the challenges of economic vulnerability, the minister said her ministry will continue to partner with the state government to implement Humanitarian, social inclusion and protection measures in the State.
Also in his remarks, the chairman of Zamfara state council of chiefs and the Emir of Anka, Alhaji Attahiru Muhammed Ahmed called on the Federal Government to come to the Aid of displaced persons and families whose bread winners were killed by Bandits in the State.
Speaker after speaker at the meeting spoke on poverty alleviation, addressing insecurity and improvement in Education and Agricultural sectors of the state.
Related Topics: