A former house leader of Zamfara state house of Assembly who is also a statutory delegate to the national convention, Salisu Kainuwa Tsafe has raised alarm that whatever Mai Mala Buni and his committee members have done outside matters related to convention is illegal.

Tsafe who spoke exclusively to Thunder Blowers during one of its show said, the purpose of setting up Mai Mala Buni committee was to make proper arrangements for the National convention of the party and any action outside this statutory mandate is considered null and void. 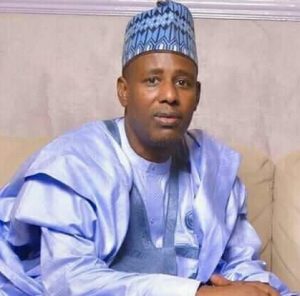 He described as unfortunate that, while the committee was given six months to conduct the national convention, they manipulated their ways to spend up to eighteen months.

“The constitution of the party does not recognize an acting committee, and you remember after Oshiomole was removed by the NEC his Deputy Mr. Niyi was supposed to take over but he was made a Minister and when the Southern part failed to organized themselves it was resolved that a convention committee be formed so that new leaders of the party could be elected”.

“He challenged those advocating for Mai Mala Buni to explain where in the party constitution an acting committee was allowed to be formed to run the affairs of the party”.

He opined that it will be too late for the APC to get its crises fixed considering the fact that, the party has just twelve days to its national convention.

IF PRESIDENT BUHARI FAILS TO ACT APC MAY CRASHES