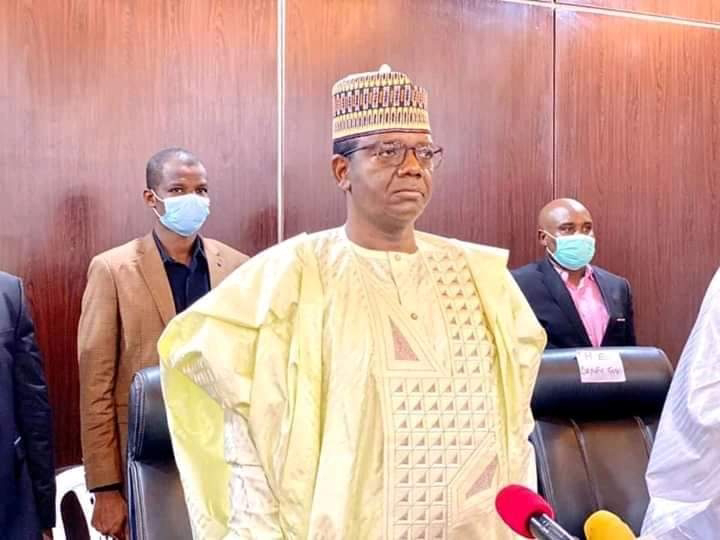 Governor Bello Matawalle of Zamfara State has vowed to strictly apply stick and carrot approach in fighting armed bandits that are still terrorising the people of the state
The Governor communicated the warning on Saturday at a stakeholders meeting on security held at the state government House Gusau.
According to the Statement by Governor Bello Matawalle’s Special Adviser on Public Enlightenment Media and Communications Malam Zailani Bappa said the Governor “wondered why some stakeholders who have earlier allowed peace to reign in the state are allowing themselves to slide back into criminality in some parts of the state, a situation he said, can never be tolerated”.
“Already, the state Government has stepped up its fight against banditry as it continues to escalate in neighbouring States of especially Katsina and Sokoto”, Bappa added.
Bappa noted further that, the administration has already established 2 police mobile squadrons and purchased 200 hilux vans to strengthen fight against banditry by the security operatives in the state.
Zailani Bappa further said, the Governor commended the Federal Government for launching Special Military Operation that will cover the entire North West geopolitical zone noting that, the effort will help in no small measures in fighting armed banditry activities in the state.
“The meeting was well attended by all the traditional rulers in the state, all the security operations Chiefs in the state, all the leaders of Fulani groups in the state, was held behind closed doors”, the statement added.
Related Topics: