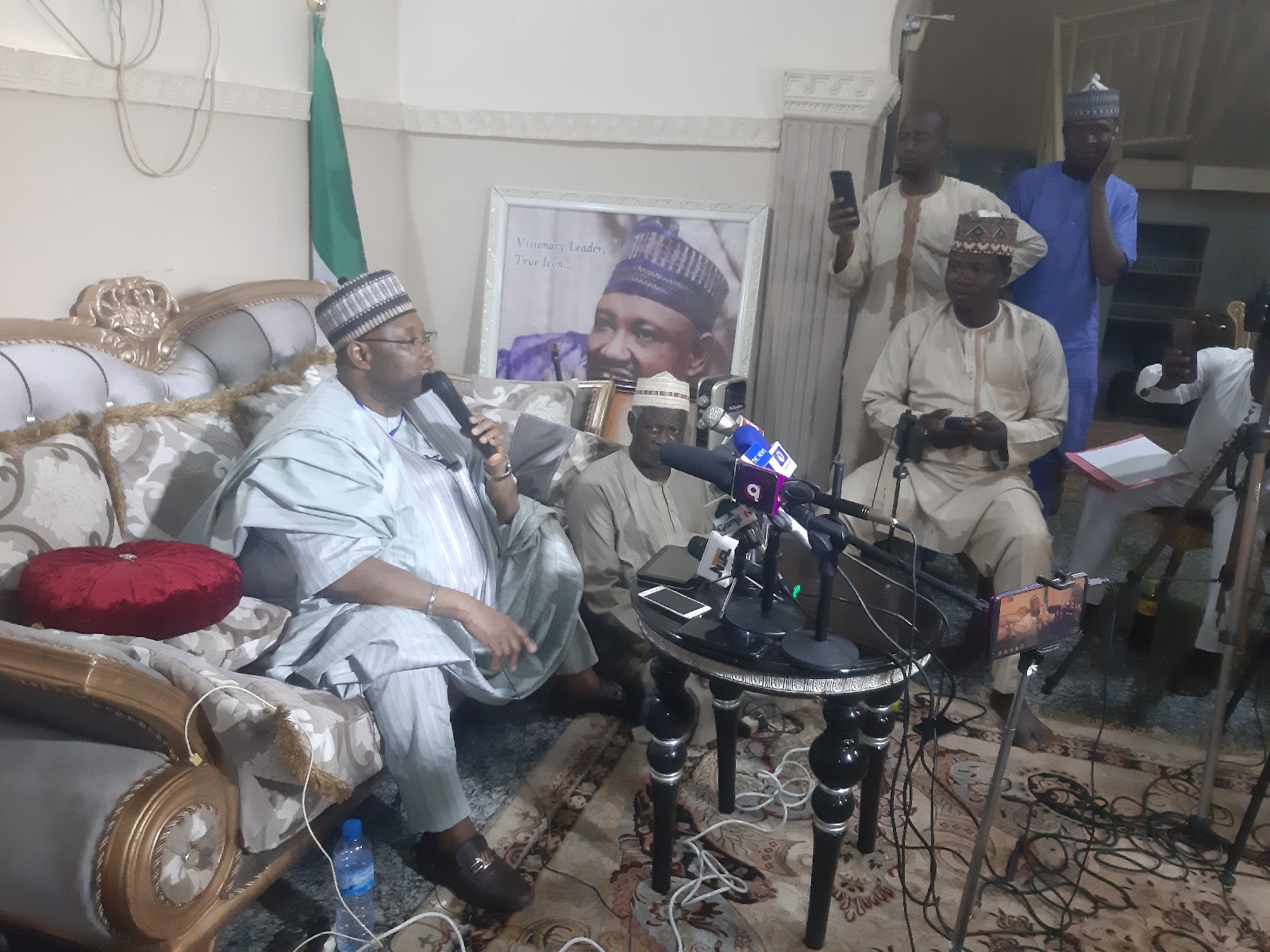 The former National Secretary of the All Progressive Grand Alliance APGA Alh Sani Abdullahi Shinkafi has accused the APC of conniving with the military command in Zuru to militarize the Bakura bye election saying the military officers deployed to Bakura were hired by the APC simply in order to rig election.
Wamban Shinkafi further alleged that, the last election conducted in Bakura was characterized by heavy militarization hence evidences have shown that, APC has imported military from the Zuru Command to used them in  rigging the election.
Shinkafi said, the former ADC to Governor Yari by name Alkasim and the younger brother of the former Governor one Jafaru Dan-Auta came in to Yargeda with 800 thumb printed ballot papers and with the aid of the military they succeeded in inserting the ballot papers and took away the ballot boxes to INEC Bakura.
He called on the high military command to investigate the commander of the Zuru military division and ascertain who instructed him to deploy those military officers illegally to Bakura.
On the declaration of the Bakura bye election as  inconclusive Wambai, said political parties have met on Monday to brainstorm with the INEC on the rescheduled re-run election and that, only APC rejected to the date proposed by the INEC for the re-run election.
The action of the returning officer to cancel the election according to Wambai was in line with Section 26 of the electoral act 2010 as amended.
He noted that, the three representatives of the APC namely Sani Garba Gusau, Muhammad Muttaqa Rini and Sani Mono Mafara worked out of the meeting after making an inflammatory statement that can jeopardize the peaceful conduct of the election.
Wambai commended the effort of the media practitioners in the state for fairly reporting the events that trailed the election in Bakura.
Related Topics: