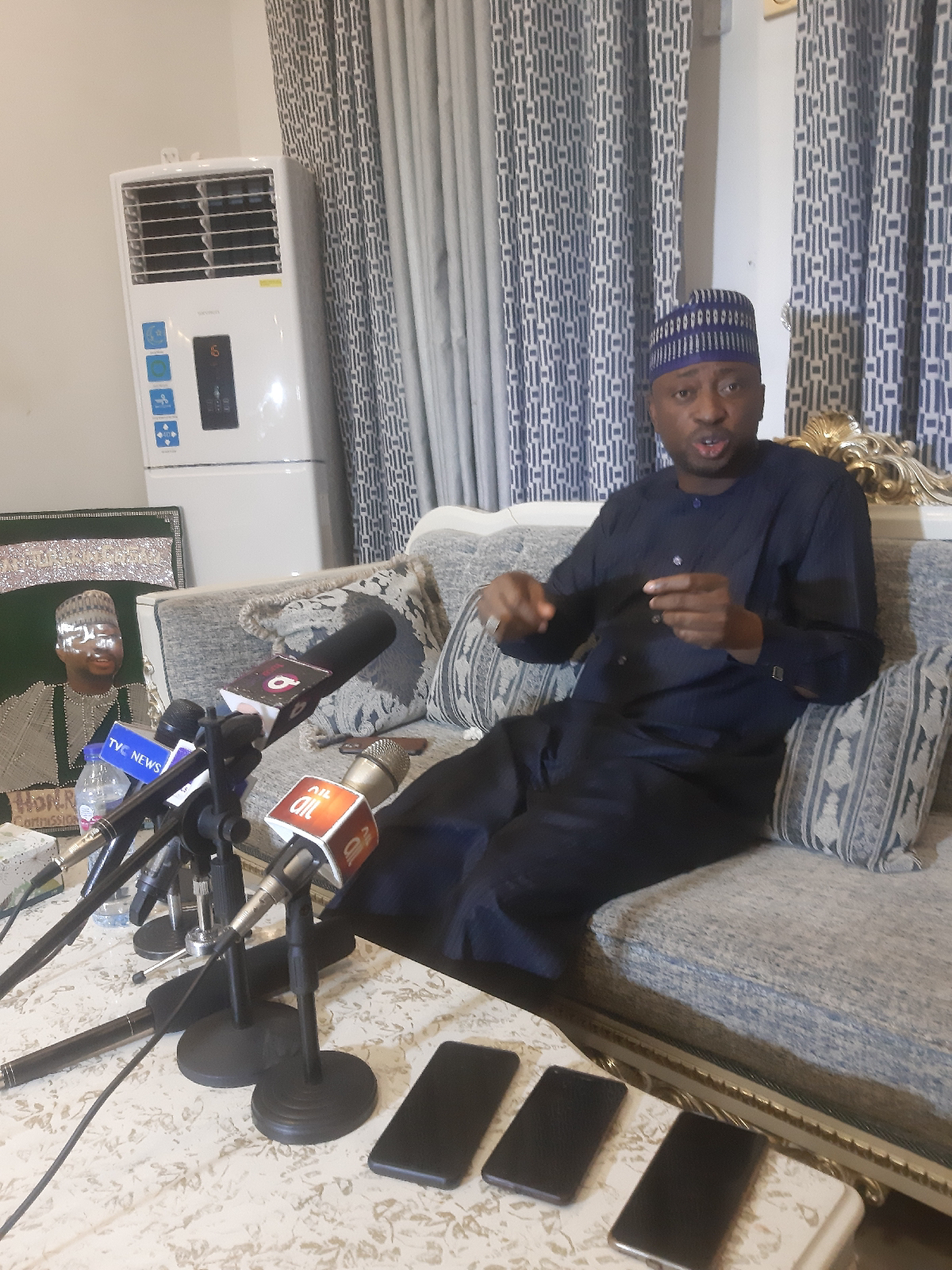 Zamfara State Commissioner for Finance Rabiu Garba has declared that there would be no escape routes for Governor Yari hence he has to participate in the scheduled re-run election for Bakura state assembly constituency.
The Commissioner who declared this in a Press Conference on Monday said the former Governor is tactically avoiding political defeat and that he has no escape routes he and his party must participate in the re-run so that people of Zamfara and Nigeria as a whole should understand who has the majority support of the people.
Garba noted further that, the former Governor is trying to raise unnecessary excuses that will prevent him from corporate failure noting that there is no way he can win election hence the people of Zamfara have rejected him.
On the allegation that PDP has hired thugs to disrupt the election in Bakura Rabiu noted that it is an act of irresponsibility to utter that statement knowing fully that, one Shehu Barde  and others have brought in armed thugs who harassed and intimidated people and no action was taken.
He said one of his innocent political ally was allegedly shot dead by the APC supporters in Bakura and was buried on Friday while many others were wounded.
He said it was evident that, APC and its sponsors came in to Bakura with armed hired thugs o destabilize the election and as God wished the people of Bakura remain focus and deliver their majority vote to the PDP.
Related Topics: