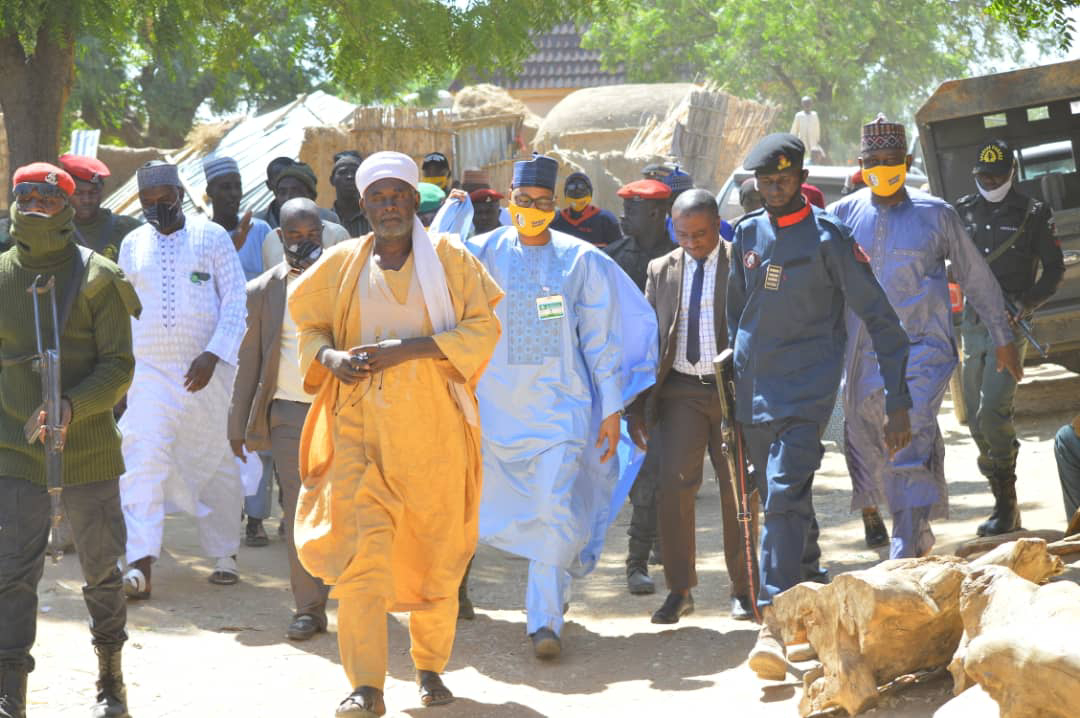 Suspected bandits on Tuesday invaded Magarya village in Zurmi local government council area of Zamfara State killing three persons and left behind food stuffs worth over million of naira burnt to ashes.
The Invaders according to some sources also rustled away over one hundred cattle from Magarya village. 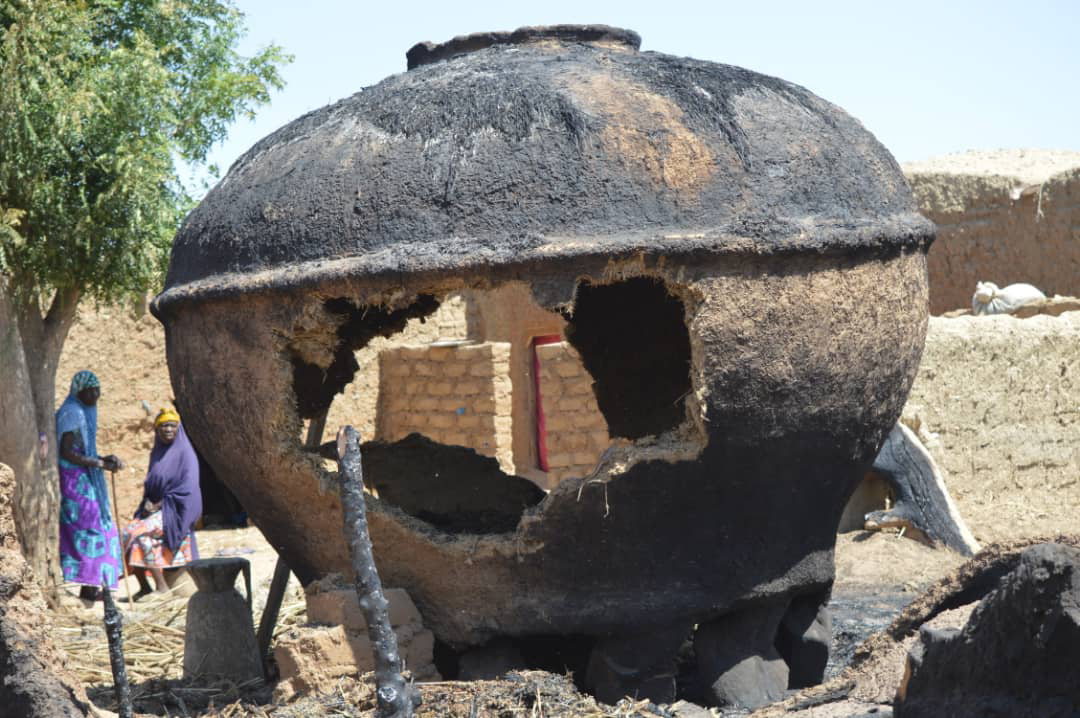 Speaker Zamfara State House of Assembly who hailed from the same village led state government delegation for an assessment visit to some affected areas.
The Speaker and members of his delegation were conducted round the village by the district head of Magarya Marafa Alh. Muhammadu Sani where he demonstrated his concern over the deadly incident. 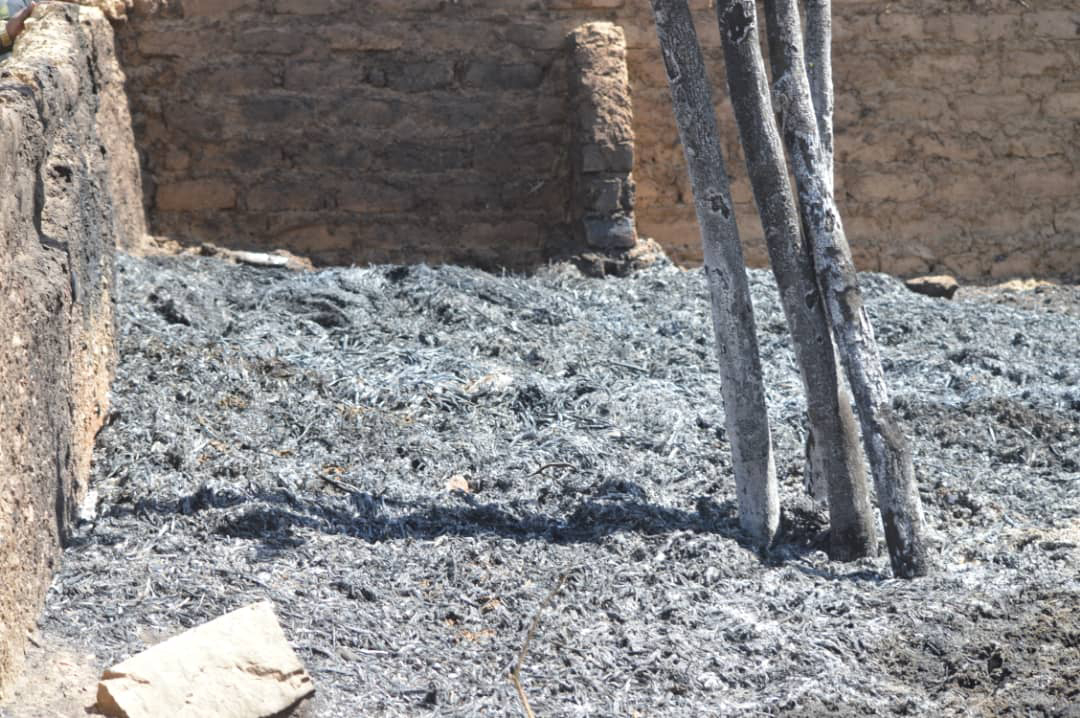 Magarya said, the cowardly attacks being launched by some unrepentant bandits will not deter the current government from employing measures aimed at restoring relative peace in the state.
While condoling the families and relatives of those who were attacked or killed by the Tuesday attack Speaker Magarya asked them to develop courage and consider the tragedy as a trial from God almighty. 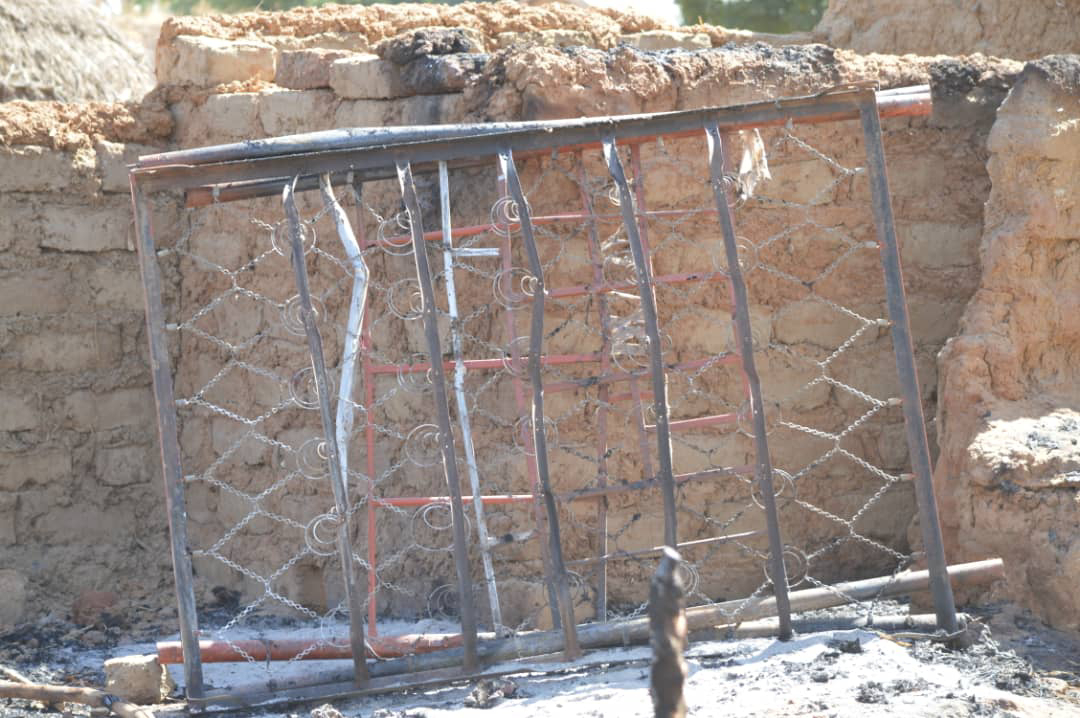 He informed the people of the village that, the state government in collaboration with the joint security agencies have deployed armed operational security forces aimed at securing the area.
Speaking on behalf of the community, Senior Special Assistant to Governor Bello Matawalle Alh Aminu Magarya thanked the Speaker and his entourage for the visit. 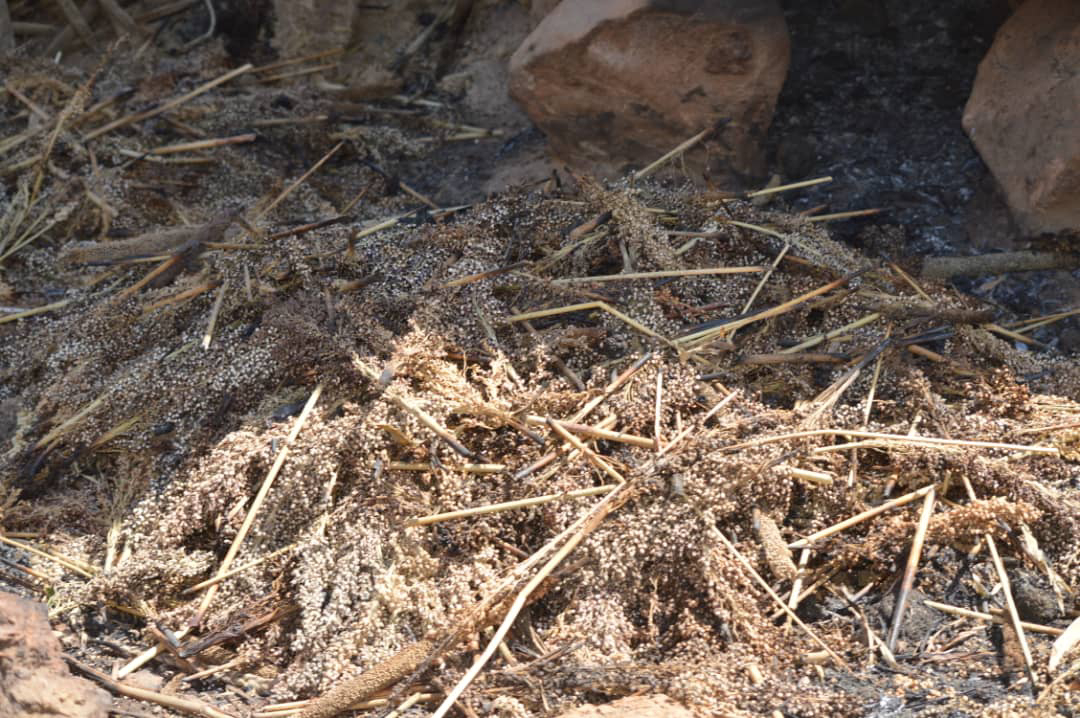