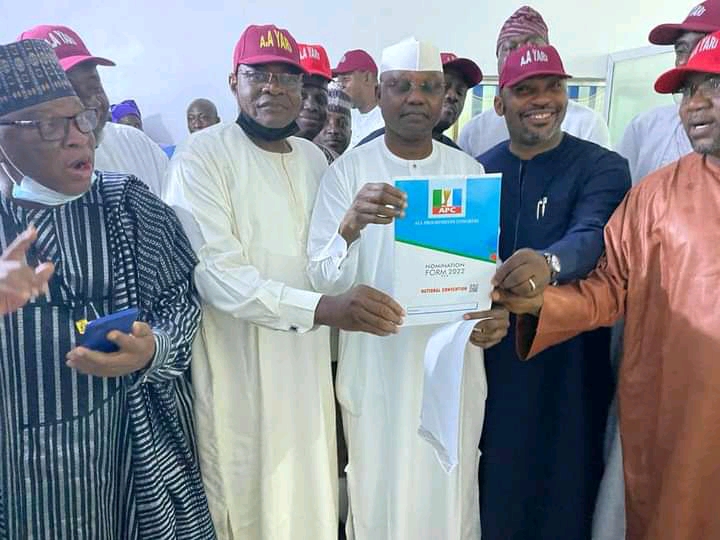 A former Chairman of Zamfara State House of Assembly Committee on Finance and Appropriation Aliyu Ango Kagara has challenged the leadership of the APC to ensure that justice is done to all aspirants or else the party will crashed.

Kagara who spoke at the National Secretariat of the party in Abuja on Friday said, justice is the only thing that will save APC from crashing and unless the leaders ensure justice to all aspirants the party (APC) will surely crash after the convention.

“All we need is justice and if those managing the party failed to do justice to all aspirants including our preferred candidate former Governor Yari we will make sure that the party crashed so that everybody will go back to the drawing board”.

He accused former Governor Sen. Ahmad Sani Yarima of being too selfish to himself and his co-travellers noting that his action will not take those who believe in him to anywhere.

On his part former house leader in the state house of Assembly Isah Abdulmumini said, contrary to the insinuation that Yari and his co-travellers are not genuine members of the APC because they do not have a membership card, Yari has purchased and returned his filled nomination form bringing the matter of genuine membership to rest.

“How can someone who does not possess a party membership card go to the National headquarters of the party and secured a nomination form for the post of National Chairman, they are just being deceptive and economical with the truth”? Abdulmumini added.