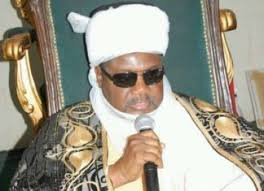 Governor Bello Muhammed Matawalle has approved the setting up of a 15 man Ad-hoc Committee on Monitoring, Consultation and Reinforcement of General Security Architecture of Zamfara state.
The constitution of the committee according to the Governor’s Press Secretary Jamilu Iliyasu Birnin Magaji followed the resolution reached during a one day security meeting summoned by the Governor with Traditional rulers, the state council of Ulama, Heads of security Agencies in the state, and some senior government officials at the Government House, Gusau thursday.
The committee is expected to make findings on the reasons for the resurgence of  Armed Banditry, kidnapping and other henious crimes in different parts of the state.
The Emir of Zamfara and chairman  state council of chiefs Alhaji Attahiru Muhammed Ahmed is to chair the committee, while the Commissioner of Police, Zamfara state, CP Usman Nagogo is to serve as the Co-chairman of the committee.
Other members of the committee include Emir of Gummi Justice Lawal Hassan Gummi, Emir of  Maru Alhaji Abubakar Gado Maigari, Emir of Zurmi Alhaji Abubakar Atiku Muhammad, Rtd Deputy Inspector General of Police DIG Mamman Tsafe, and the State Director of Security SDS.
Other members of the committee are State Commissioner for Security and Home Affairs Alhaji Abubakar Muhammed Dauran, Representative of General officer Commanding Eight Division GOC, Sheikh Ahmed Umar Kanoma, Executive Chairman Zamfara state Preaching Commission Dr. Muhammed Harun, State Attorney General and Commissioner for Justice, Barrister Nura Ibrahim Zarumee, DSP Jafar Muhammed,(Legal), and Alhaji Sarkin Fawa Malami while Abubakar Ahmed of the state Council of the Nigeria Union of Journalists (NUJ) will served as the Secretary of the committee.
The committee is saddled with the responsibility of addressing problems of Security in the state, ensure early response to distress calls, trace instigators and those who aid and abet insecurity in all parts of Zamfara state.
The committee is also to involve all critical stakeholders including Traditional rulers, Islamic scholars, and security agents among others and ensure effective consultation on all matters of security concern  in the state.
Related Topics: