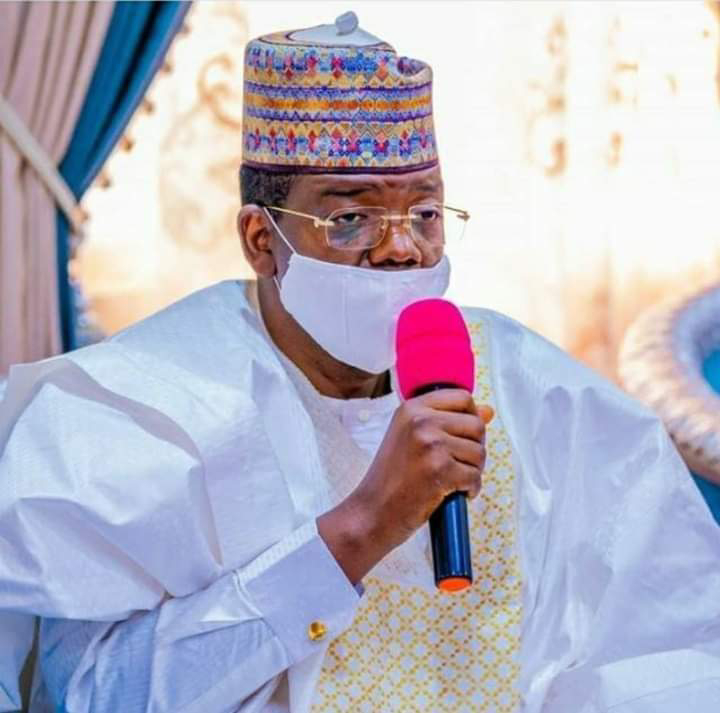 Governor Bello Muhammad Matawalle has inaugurated the recently constituted Commission of Inquiry on Wednesday with a call on government ministries agencies and parastatals to support its members with all the vital information required during their proceedings.
The Governor who was optimistic that the commission will conduct it’s proceeding according to rules of engagement said it was constituted to re-examine issues coming out of the findings by the various committees appointed to find lasting solutions to banditry and related crimes in the State, and those appointed to investigate State and Local Government Projects.
It could be recalled that, Governor Bello Matawalle administration set up a committee to investigate the causes of the security challenges facing the state, and it was headed by the former Inspector General of Police MD Abubakar sometimes around 2019.
The administration had also set up two committees on verification of State and Local Government projects headed by an elder statesman Ahmad Zabarma and State Commissioner for Works Eng. Ibrahim Mayana respectively.
“This Commission of Inquiry will work based on the findings of these committees. It will therefore address the issues raised by the Committee for finding solutions to banditry and the various issues of fraud, abuses and blatant disregard to due process in contracts execution as captured in the reports of the Projects Verification Committees”.
The Governor further said, considering the heavy weight of the allegations and findings made by the committees, the government resolved that, the reports of the three committees be further x-rayed to be able to be fair to all those involved.
He noted further that the work of the commission of inquiry if concluded will further consolidate the gains of the administration in fighting banditry and rebuild the social and economic fabric of Zamfara State.
“The setting up of this Commission is also in line with the desire and mission of my of administration to holistically address our security challenges, and put an end to the culture of impunity, tidy up government’s business and institute a proper mechanism for award and implementation of projects in the State”.
“Let me also add that addressing the various issues raised by the reports of Projects Verification Committees will equally go a long way to strengthen the culture of transparency and accountability which are the watchwords of my administration”.
“You may recall that I signed into law the bill for the establishment of a Bureau for Public Procurement on 4th September 2021 as part of the institutional mechanism of ensuring transparent contract award process and implementation in the State”.
The Governor further said his administration has made concerted effort to make sure that 2021 budget is placed based on International Public Sector Accounting Standards, which will make the state operate like any other transparent economy in the world”.
The former Chief Justice of Katsina State Justice Abdullahi Yusuf is to head the Commission with other prominent personalities as members of the Commission.
Related Topics: