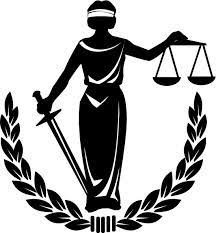 Justice Aminu Bappa the presiding judge of the Gusau division of the Federal High Court Aminu Bappa has delivered the much awaited judgement filed by the three PDP gubernatorial aspirants in Zamfara namely Ibrahim Shehu Gusau, Mal. Wadatau Madawaki and Hafiz Muhammad Nahuche challenging the validity of the primary election that produced Dr. Dauda Lawal as the PDP gubernatorial candidates for Zamfara in the 2023 election.

The judgement was delivered on Friday amidst major expectations by the supporters of the aspirants that went to court.

Bappa in a summary judgement agreed to the arguments of the counsel to the Plaintiffs Barr. Ibrahim Ali that the court has jurisdiction to entertain the case since it is a pre-election matter and therefore strike out the motion on preliminary objections filed by the counsels to the defendants.

“The court has resolved the issue of preliminary objections raised regarding “jurisdiction” and that the court established that it has jurisdiction to entertain the case since it is a pre-election matter”. Barr. Ali said.

He also agreed with the arguments of the Plaintiff’s counsel, Barr. Ibrahim Ali that, the primary election conducted by Adamu Maina Waziri led electoral committee is characterized by electoral irregularities and therefore nullified it.

“After resolving the issue of jurisdiction, the court proceeded to look at the case in its merit and took a decision in favor of the plaintiffs”.

He said the primary election conducted by Adamu Maina Waziri committee was nullified by the court and an order of the court was issued for the conduct of fresh primary election in line with the constitution of the party and electoral guidelines.

Justice Bappa also ordered the PDP to conduct fresh Governorship primaries in line with the statutory guidelines and constitution of the PDP.

“The court has discharged its duty judiciously, the judgement is very sound well evaluated, it is about (109) pages, it is not easy all our prayers have been granted” Barr. Ali added.

On the site of Dr. Dauda Lawal, the party’s legal adviser, Barr. Bashir Masama said through the judgement was handed down in favor of the Plaintiffs, the defense team will be going to look at the copy of the judgement delivered and decide the next line of action to take.

“The judgement was in favour of the plaintiffs, and we are going to look at the judgement, the records, and everything and see the next line of action”.

“In fact the judgement we are going to look into it in fact you can see even the learned judge did not read the entire judgement because he is sick, but we will have it, and we will see what he relied on often to deliver his judgement” Masama added.

MY PERCEPTION OF “JUDICIAL GAMBLE” IN ZAMFARA PDP LEGAL TUSSLE

ONLY COL. BALA MANDE LEADERSHIP OF THE PDP CAN CONDUCT FRESH GOVERNORSHIP PRIMARIES IN ZAMFARA