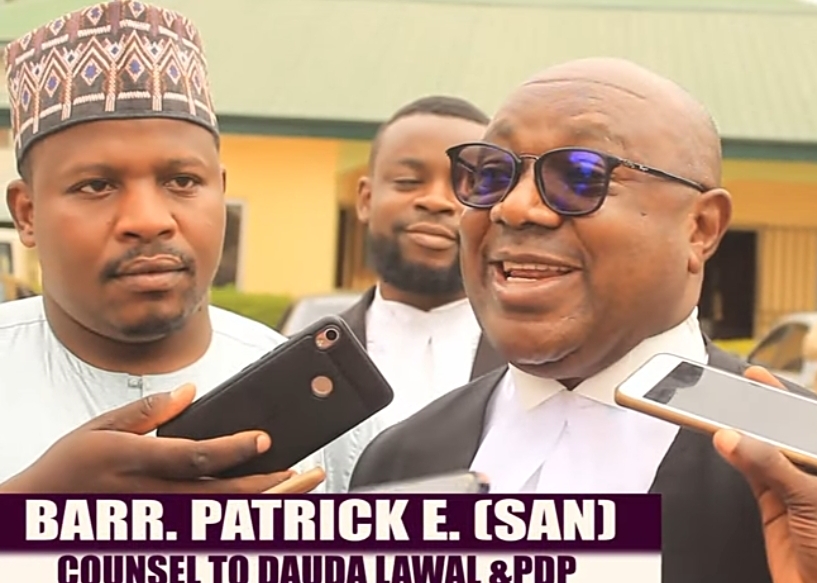 I remember asking Barr. Patrick E. (SAN) the lead counsel to Dr. Dauda Lawal Dare after he announced the closure of his defense at the premises of the Federal High Court Gusau that, didn’t he think his refusal to bring witnesses to prove his case and by extension relying on the depositions made by the plaintiffs witnesses may result to “JUDICIAL GAMBLING”? The learned Senior Advocate of Nigeria disagreed with me outrightly.

He told me that “his decision not to bring any witness in court as “defense” may not in any way result to “Judicial Gambling” saying, it is a usual practice for the defense lawyer to rely on depositions of the Plaintiff’s to prove his case, especially if the depositions are not carrying substantial weights.

Ibrahim Ali the counsel to the Plaintiffs, on the other hand, told me in clear voice that “if the depositions by the Plaintiffs witnesses were allowed by the Court, the defense will automatically lose his case.

Ibrahim Ali opined that “the decision not to bring any witness in defense of a case in court is the highest risk any lawyer can take”.

At a point, I was mocked by political wailers to Dr. Dauda Lawal that the question on “political gambling” was deliberately framed by me and for reasons best known to me, but as God wishes the rationale behind the question has finally manifest.

Now the position of Barr. Ibrahim Ali was clearly affirmed by Justice Aminu Bappa led High Court Gusau and all the prayers of the plaintiffs were expressly allowed.

Politicians should understand that, in as per as they prefer political solutions for an emerging political problem from they regard as “political actors”, there is strong need for them to listen to the opinions of the intellectuals and experts when they make their assertions and predictions.

It is too suicidal for a politician to ignore the opinion of experts and people with considerable experience in practical politics because their minority voice even though neutral usually count with speed at the end of the day.

The new political dimension of Nigerian politics required expert opinions as much as possible because political solutions without wisdom usually resulted to producing empty pot with nothing to bring home.

WATCH THE INTERVIEW VIA THIS LINK AGAIN

HOW ZAMFARA PDP GUBERNATORIAL PRIMARIES WAS NULLIFIED BY COURT