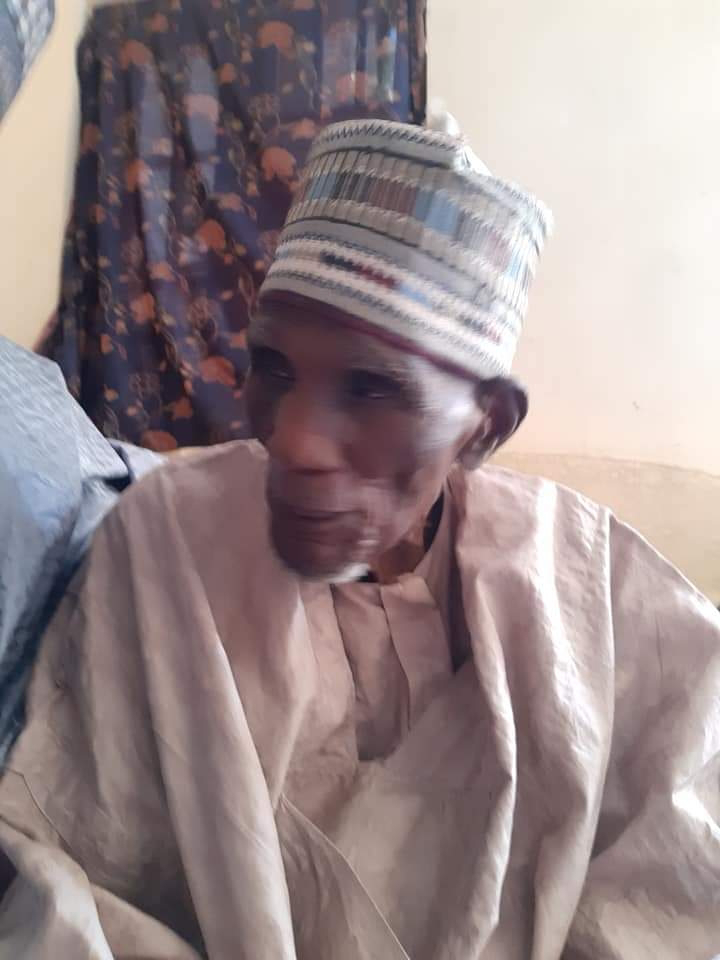 Picture of Late Sarki Shehu of Bungudu
The funeral prayers of Sarkin Fulani Shehu was conducted on Sunday evening at the Emir of Bungudu Jumu’at prayer mosque amidst hundreds of muslim sympathizers.
Zamfara State Governor Bello Muhammad Matawalle  was represented at the funeral prayers by his Deputy Mahadi Aliyu Gusau and host of many other members of the State executive council.
He died in the early hours of Sunday at the Federal Medical Center Gusau at the age of over one hundred years after battling with a protracted illness.
He was survived by forty (40) children and more than one hundred grand children.
Amongst his children are Chairman of Zamfara State Child Protection Network a non-governmental organization Bachiri Sarkin Fulani and former Nigerian Ambassador to Saudi Arabia Amb. Chika Bunu.
In a condolence message, Governor Bello Matawalle described the death of late Sarki Shehu as monumental lost to the entire people of Zamfara State.
Matawalle who spoke through his Deputy Mahadi Aliyu Gusau prayed for God almighty to grant the deceased Jannarul Fiddausi and give the family the fortitude to bear the loss.
Related Topics: