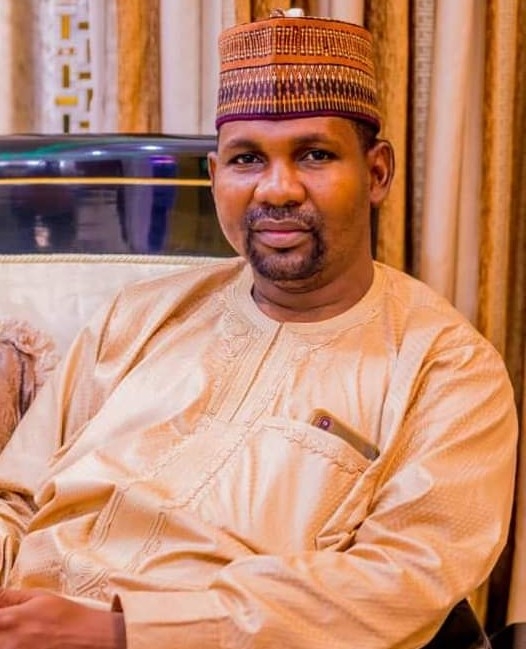 It now cristal clear that the National Caretaker Committee of the All Progressives Party (APC), under the leadership of His Excellency Governor Mai Mala Buni by reuniting its members in addition to the glaring efforts of the national leader of the party, President Muhammadu Buhari.
Some fair weather local politicians like Sagir Hamidu, a one time self-deceptive governorship aspirant in Zamfara who thinks political aspiration is the show of the believe to gain recognition at all cost, abandoning his supporters and his people and only to return to the limelight for the same reasons when another election time approaches. Only that this time around, an opportunity which is the membership revalidation in the party presented itself earlier than the election season which compelled him to come to Zamfara and quickly seek revalidation of his membership and distort the possibly good intentions of both the president and the party’s national leadership.
It is during such opportunity that the Abuja based politician spoke with journalists and openly expressed his fears in the the incumbent Zamfara Governor’s increasing political muscle, people’s acceptability and possibility of joining the APC by castigating the governor on non execution of projects in the state because he (Sagir) is blinded by inferiority, aggressive envy, the fear that the governor, His Excellency, Hon. Bello Mohammed Matawallen Maradun will come, embrace and carry everone along in the state and above all, that it won’t be business as usual for the Sagirs as no one will be thinking of a candidature ambition selling politician like him when the party might be working in Matawalle’s already established direction of taking Zamfara higher against the pettiness of the minority thoughts of the Sagirs.
Although this write-up is not about whether or not the Shattiman Sokoto, peace maker of our time and my boss will defect to the APC, it can still mention the fact that the governor will certainly be a blessing to the APC, if this should happen and the state, as this move, if it is what it is, will be to the benefit of the APC which members are already coming to the governor while in the PDP.
A point in time, is the increasing number of decampees especially from the main opposition APC that are joining Matawalle and most recently, the call made by the state’s political leader and first civilian governor of the state, Senator Ahmad Sani Yariman Bakura Sardaunan Zamfara that the party should welcome more members so that it would be stronger and win all future elections in the country.
Let us also not be seen to have deviated from Sagir’s unfortunately blinded assertions that Matawalle will be a burden to the APC if he should decamp because the governor had done nothing. At the begining, l said Sagir is Abuja based, not only that, more than 80 per cent of those that surround him are not even from Zamfara, as such, they go to their respective states to vote during elections if they have voters’ card or remain with Sagir but cannot secure any vote for him in Zamfara since they don’t know the people.
Similarly, because he has always been detached from the state and only comes in when there is opportunity to transact his candidature, he is not aware of the transformation taking place on roads development, education, healthcare service delivery, infrastructure and most especially, security.
Sagir’s house is always deserted but safe due to the improved security provided by the Matawalle-led government and that is why when the reporter asked him on his contributions over the state’s security issue, even on an advisory role, he shamefully did not have any answers to give.
Governor Bello Matawalle became governor by an act of God and he has truely remained thankful and in the strong believe and commitment to this act of God which is why he always asks people of the state to remain prayerful for the success of his administration, the unity of the people irrespective of their political, ethnic or religious inclinations and that only God gives or takes power from wherever to wherever.
Sagir may have forgotten that Gov. Matawalle is not like him in opposition because His Excellency was in opposition when he won election unlike Sagir who keeps scampering in between political parties looking for where to squeeze himself with some relevance among political big wigs in the state.
He should recall what happened in 2011 election when Matawalle in spite of his party’s PDP loss, won his Bakura/Maradun Federal Constituency to represent his people and his party at the National Assembly but the records are there to prove that Sagir appropriately fits his own claim as a ‘Political Burden or Liability,’ for never winning his own polling unit of Kambari 004 under Madawaki Ward of Gusau local government talk less of going beyond that, for somebody who claims to be eying the exhalted governor’s seat in the state.
He should rather strive to come to the political classroom where his teachers like Matawalle might help his political shortfalls and shape his knowledge so that his foundation can be known in the local government’s political arena before he can start to move higher and think of challenging his political elders.
On the movement of His Excellency, Governor Bello Mohammed to the APC, till now, no one has ever heard Matawalle at any forum suggesting he is or was defecting to the APC but there have been several calls especially from people like the state’s APC leader and former governor, Senator Ahmad Sani Yariman Bakura who keeps saying they are working to woo and bring Matawalle to the APC, and as a responsible citizen who respects his leaders, elders and a true believer in the will of God, Matawalle is there concentrating on the provision of good governance to his people, a position which is making the governor more attractive in the state and the nation.
Related Topics: