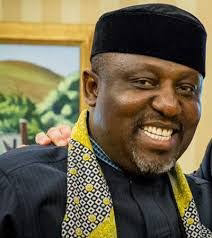 The former Governor of Imo state, Owelle Rochas Okorocha said Magu is even richer than so many of them, insisting that the EFCC under Magu was an error, and that those victimized under his watch should join him as he is heading to court to seek redress, Thunder Blowers learnt.
The former Governor warned  that EFCC prosecutors and staff should stay clear from all his properties, as being threatened by Magu under his watch, adding that those are the gimmicks and intimidation he was subjecting former political office holders for ulterior motives, to enrich himself and cronies.
He said he was not only the victim of Magu’s ploy and devise meant to use the anti graft agency to enrich himself, cronies and family members, as many public officers from Former Governors, Senators, House of Representatives members, Minister’s, Heads of goverment agencies and departments were direct targets meant to pacify his closest associates.
Mr. Okorocha wondered why Heads of anti graft agencies are conversant to such corrupt tendencies, using genuine public officials as targets and scape goat to achieve and attain their ill gotten wealth to the disadvantage of Nigerians.
He stated further that the attitude of Ibrahim Magu trascends all the previous occupants of the anti graft agency, even with his unconfirmed status as the head of the agency.
‘His activities were not only investigation and recovery, but diversion of proceeds recovered both in local and foreign currencies to the detriment of the agency’s mission statements, and efforts of goverment to tackle corruption headlong.’
Okorocha further observed that at a point, through false alarm and recovery, Ibrahim Magu became the darling of Bureau De Change merchandise and high profile property dealers both within and outside the shores of the country. 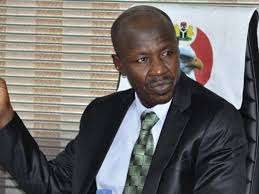 This situation was found by the DSS in 2016, as the report on his activities was so damaging, yet the authorities choose to keep him on the top job of fighting criminal elements in our polity.
The political class was the exclusive preserve and area of operation of the former Ag EFCC Boss, as both serving  state governors and their officials have been guests to the body and easily left off the hook, after playing the ball.
For the sake of transparency and accountability in public office and the desire to genuinely and consciously fight the growing monster of corruption in Nigeria, his activities should be probed to the later, to serve as deterent to others.
Related Topics: