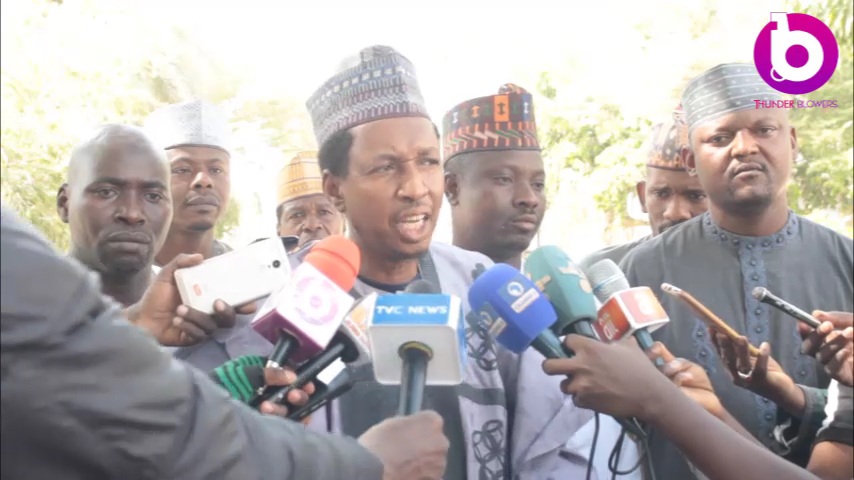 The Deputy Chairman of People’s Democratic Party (PDP) Zamfara state chapter Prof. Kabiru Jabaka has declared that, the present administration of Bello Matawalle is a government of scam loaded with fraud.

Jabaka who declared this during a press briefing in Gusau on Wednesday said, “it is the worst government Zamfara people ever had in terms of budget applications “.

He said, “the government of Bello Matawalle has taken budget for passion, just for mere formalities, we have evidences, and we would soon tender them”.

“And I still reiterated that up until today not a single capital contract has been executed, completed and commissioned by Zamfara state government under Matawalle, this is very disheartening and disappointing“ Jabaka added.

Jabaka expressed sadness that, the Governor promised during his campaign that when he gets the power he would work harder to improve education, health care and empower the woman but noted regrettably that there is no any improvement since he assumed office.

“He can go to fast time places and give offers with Zamfara money because we know when he was campaigning he was telling people he does not have money even, so where did he get money to give (N100M) to a praise singer in Niger Republic?

BELLO MATAWALLE’S GOVT HAS THE LEAST REGARD FOR THE RULE OF LAW: ZAMFARA PDP ALLEGES