Operatives of the Nigerian Army under Operation Sahel Sanity have arrested a notorious Gun Runner named Musa Abubakar, popularly known as Kasko/Buzu of Wake Village, Dakoro Area, Maradi, Niger Republic.
This was disclosed by the Acting Director Defence Media Operations, Brig. Gen. Benard Onyeuko during a press briefing at Army Super Camp 4, Faskari, Katsina State.
The Army Spoke Person said, the suspect is a supplier of illicit arms from Niger Republic to Nigeria through Sabon Birni and Isa Local Government Areas of Sokoto State and was arrested at a School in Gusau where his relative works as a security guard.
During the operation the army spoke person said, Toyota Avensus saloon Car, a personal mobile handset and other valuable items have been recovered from the suspect. 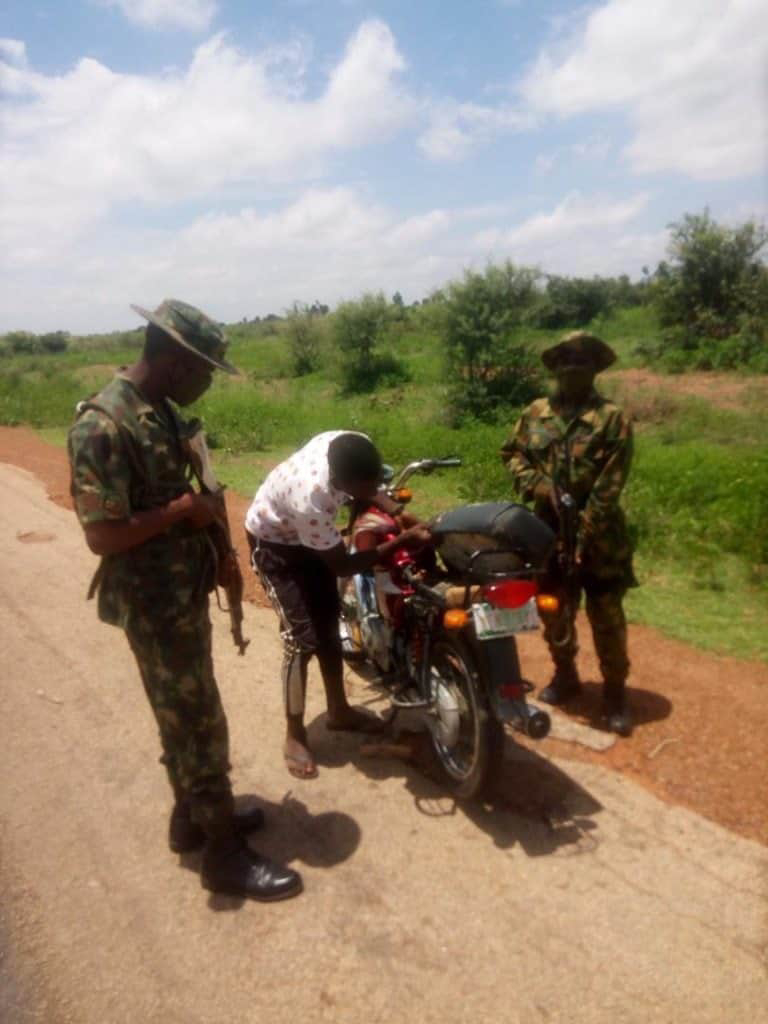 He also explained that, troops at Sabuwa on receiving distress call succeeded in rescuing 4 kidnap victims during a hot pursuit on the Kidnappers.
He also said at Gurbin Bore village in Zamfara State during a stop and search operation operatives of the Nigerian Army had engaged 5 suspected bandits who tried to escape arrest during which 2 were neutralized and 3 were arrested.
In a related development, Brig. Benard also disclosed that, operatives of the Nigerian Army under Forward Operation Base Bena while on patrol to Anguwan Yara, Bankami, Faduwa all in Zamfara State had an encounter with some suspected bandits and arrested one informant named Garba Faduwa.
He further said, during a fighting patrol to Dankadai and Akawo villages in Bukkuyum Local Government of Zamfara State operatives of the Nigerian Army had rescued a Kidnap victim, Alh. Lawal Mamman who was abandoned by the Kidnappers on sighting the troops.
Brig. Gen. Benard Oyeuko added that, Nigerian army has continued to intensify its aggressive operation along Zamfara-Katsina-Sokoto borders with a view to restoring peace in the areas.
Related Topics: