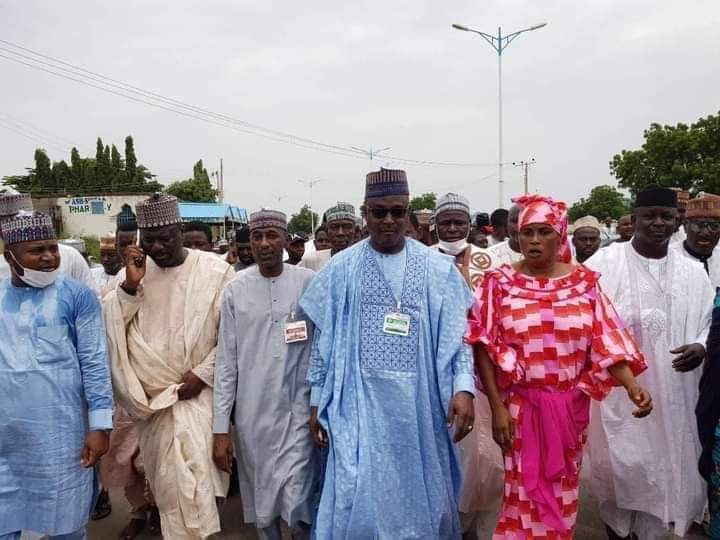 A political ally of former Governor Abdulazeez Yari of zamfara state Abubakar Dantabawa who was arrested on Saturday has written to relevant authorities alleging that police stole the sum of N20m in his house during his arrest.
Addressing newsmen, today at his Gusau Resident after his unconditional release, Alhaji Abubakar Dantabawa lamented  his arrest with no reasons.
According to him, the sum of N20million were allegedly stolen by the police who came to arrest him at his house.
Revealing what transpired, Dantabawa explained that he was at his resident with some of his friends on the fateful night preparing for the distribution of palliatives to victims of flooding at his home village, when suddenly police came in and arrested him with sixteen other people.
“The police stormed my house around night period when preparing for distribution of assistance to victims of flooding  at my village (Gada) and said to me that they came to arrest me, I asked whether there was arrest warrant, they replied no” Dantabawa added.
He said as law abiding citizen, he and other people arrested went with the police to the headquarters and were detained for seven hours before they were asked to write their statements.
“We were confused on what to say, because nobody told us what our offense was they just arrested us”.
He maintained that he had lodged a formal complaint to the appropriate authorities over his unlawful Arrest, detention and also the recovery of his N20m allegedly stolen by policemen who effected his arrest in the state.
In his reaction, the Zamfara State Police Command, Spokesman, SP Mohammed Shehu said he is not aware of any missing money.
Related Topics: