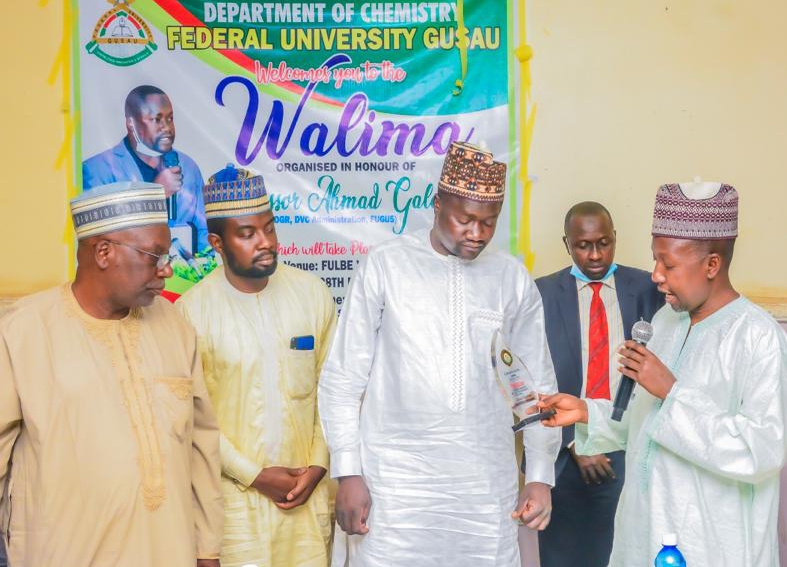 Academic and non-academic staff of the Federal University Gusau congregated at the conference hall of Fulbe Villa Hotel Gusau on Monday to celebrate with Dr. Ahmad Galadima over his recent promotion to the rank of Professor.

The Special Walimat (reception) which was organized by the department of Chemistry Federal University of Gusau was well attended by staff of the University, family members friends and well-wishers. 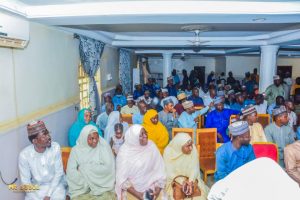 Speakers at the reception described the celebrant as progressive minded who is open to helping others. They also commended him for his dedication and commitment,, especially in mentoring others academically.

They described his elevation to the rank of Professor as the most deserving and wished him well in the rest of his academic carrier.

During the event, the celebrant was conferred with two awards of honor by his department and Academic Staff Union of University (ASUU) Fugus branch. 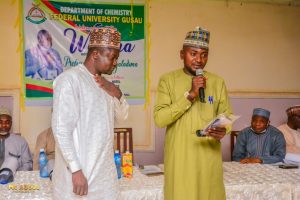 It could be recalled that recently, the Governing Council of the Federal University Gusau approved the promotion of Dr. Ahmad Galadima to the rank of Professor of “Fuels Catalysis and Anthropogenic Pollution”.

He is currently a Deputy Vice Chancellor at the Federal University Gusau and a former Director of Research in the same university. 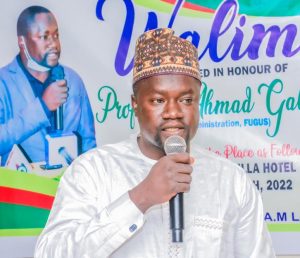