Connect with us
OPINION ARTICLE
By Dahiru Samaila Mafara 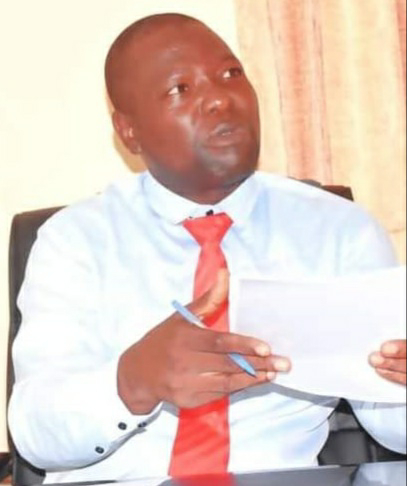 Picture of Dahiru Samaila Mafara
As a patriotic member of the Nigeria Union of Journalists NUJ, I feel obliged to stress a point that may greatly help towards amicable resolution of the burning crisis among members of NUJ, Zamfara state chapter.
It’s normal to have such a crisis in any union or  body such as intellectual as the NUJ.
Recently, there was a paper circulating on the social media that the incumbent chairman of the NUJ Zamfara state council, Comrade Abdulrazaq Bello Kaura was transferred to Royal FM, Sokoto which by implication, could affect his position.
But in a sharp reaction to the letter, the chairman issued a statement debunking the said transfer.
But unfortunately yesterday another statement was issued by the Assistant Secretary of the council, Nasiru Shehu Aula claiming that following the transfer of the incumbent chairman, Abdulrqzaq Bello Kaura, his office be taken over by his deputy, Bello Boko.
Few hours after the release of this controversial statement, another release was issued by the incumbent chairman, Abdulrazaq Bello Kaura emphasizing his stand as the substantive chairman of the council.
To my utmost dismay, instead of bringing the two parties together for amicable resolution, another injury was dust to the matter as suddenly a statement was issued by the Director General, Media, Communication and Public Enlightenment, Yusuf Idris congratulating one faction on behalf of the state Governor, HE. Hon. Bello Muhammad MON, ( Barden Kasar Hausa).
I have a strong believe that Governor Matawalle who on his wisdom created a Directorate of Conflict Resolution as part of his administration efforts to ensure peace and reconciliation to all conflicting parties in the state including the deadly bandits, would not okay such a statement at this critical time.
So many things that involved media practitioners in the state were attributed to the governor, knowingly or unknowingly
I believed His Excellency may not be aware of the recent several harassments and intimidation of journalists working under various government information sectors.
To mention but a few, recently my salary was withheld for many months for what they said was a directive from the ‘above’, not only me but including some of my colleagues at Zamfara Radio and ministry of information.
I have a strong reservation that Governor Matawalle will not direct them to hold our only means of livelihood for whatever reason, but nevertheless, I decided to follow the matter to logical conclusion.
There was also a recent happening in which some members of the NUJ at Zamfara Radio and ministry of information as well as Directorate of Media and Communication was queried, alleging that they have performed fasting and prayers over the Supreme Court judgement that gave  PDP victory in Zamfara state in 2019.
What would NUJ chairman add or reduce to the government that has a vibrant and resourceful information managers like Zailani Bappa, Mallam Lawal Umar Maradun and my boss Ibrahim Dosara??
Some people are of the opinion that there was an interference by the immediate fast administration during the election that produced the incumbent chairman, yes agreed! But two wrongs never make right!
Dahiru Samaila Mafara is the former Treasurer of the NUJ, Zamfara state council.
Related Topics: