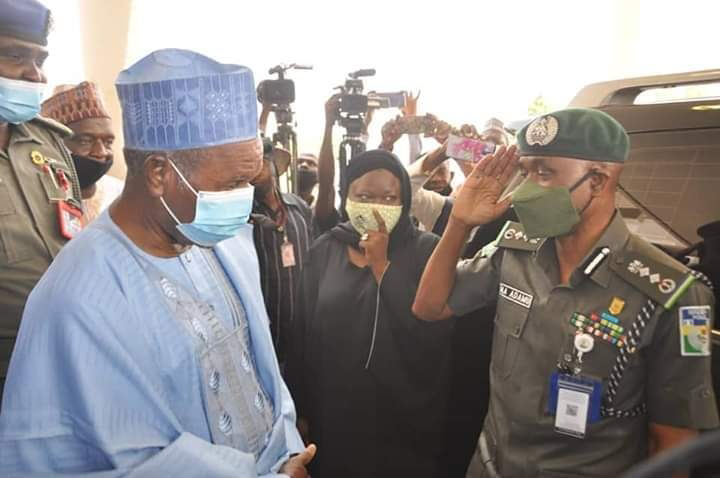 Top hierarchy of security chiefs this Wednesday visited katsina as part of the efforts to find ways of nipping in the bud the current insecurity affecting the state and other north Western States in the country.
The security chiefs were led by the National security Adviser-NSA, Retired Major General Babagana Mungono and were received at government house katsina by Governor Aminu Bello Masari.
Other security chiefs include the Inspector General of Police, Muhammad Adamu, the Director General of National Intelligence Agency-NIA, Alhaji Ahmed Rufa’i  Abubakar, the Director General of Department of state security services-DSS, Alhaji Yusuf Magaji Bichi and the chief of Defense Intelligence Agency, Air vice Marshal MS Usman.
The security chiefs held closed door meeting with Governor Aminu Bello Masari. Addressing the press , the National security Adviser-NSA Retired Major General Babagana Mungono revealed that they were sent by President Muhammad Buhari to have a frank discussion with Governor Aminu Bello Masari on the security situation in the state. 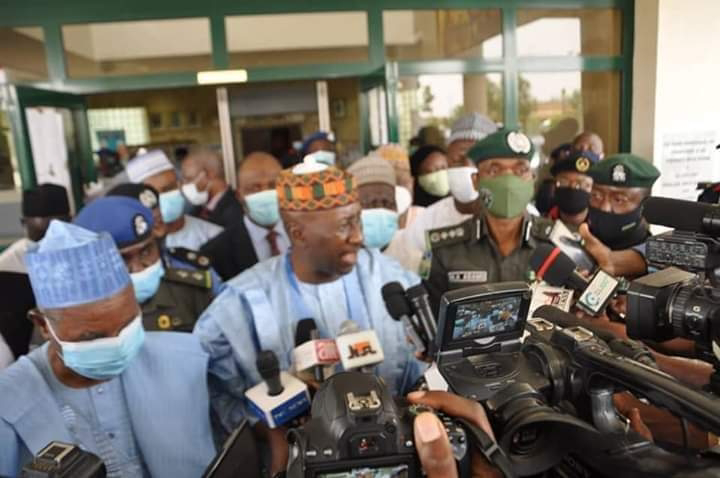 He assured that the security chiefs would not relent efforts until the bandits were overcome.
Retired Major General Babagana Mungono solicited for cooperation from the locals to build trust with the security Agencies for the fight against banditry to succeed.
Related Topics: