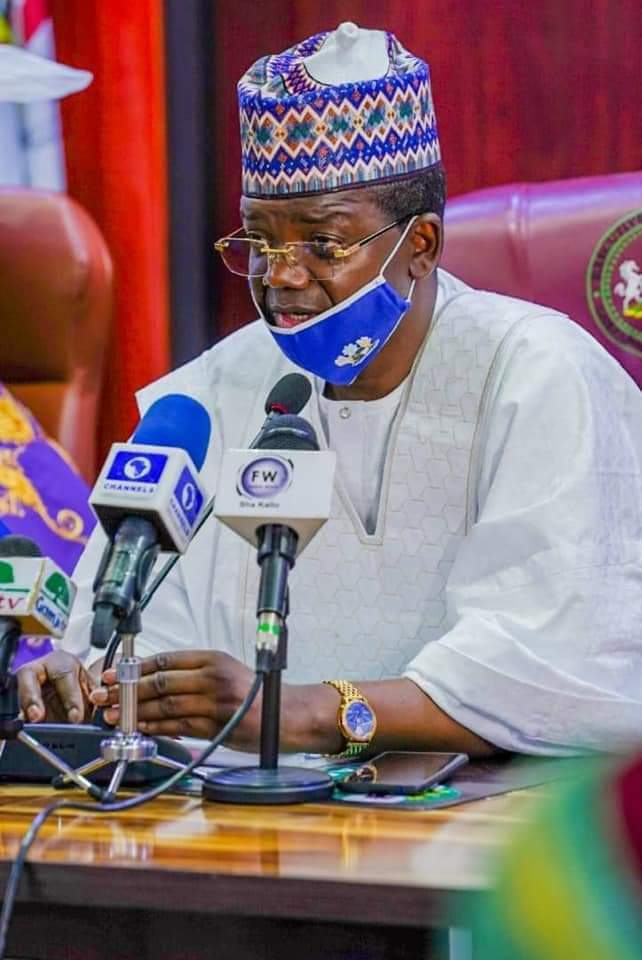 Alhaji Aminu Ado Bayero is the 15th Emir of Kano from the chain of Sullubawa descendant beginning from the 19th Century. He is barely five months on the throne now but has set out his machinery of “reaching-out” in motion. He has this day, ceremoniously visited Zamfara state, according to him, “to reach-out” to his traditional friends, Zamfara being a major one amongst them.
When the news of his visit filtered the state capital, Gusau, it was a joyous moment on that cool Saturday evening when his convoy made a lavish entry into that historic city with the Emir of Katsinan Gusau, Alhaji Ibrahim Bello according the Emir a royal welcome. All the traditional rulers in Zamfara state, led by their Chairman, the Sarkin Zamfara Anka, received the Kano Emir in a classic and characteristic traditional hospitality known to the people of Zamfara. 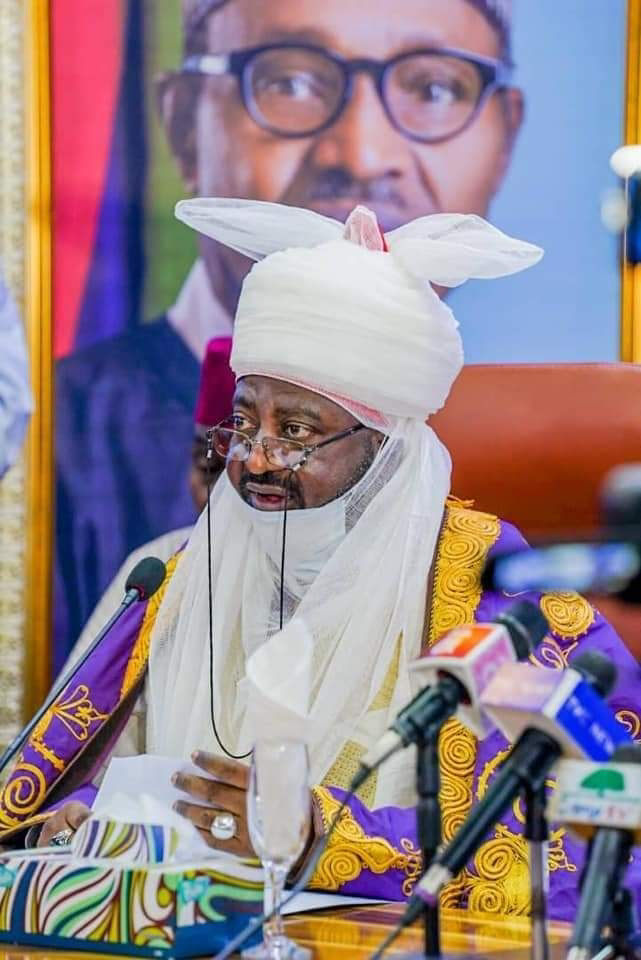 His Excellency, Governor Bello Mohammed, a long standing friend of the Kano Emir, received him with warm and open arms to the state and hosted him with all the necessary and deserving government hospitality as an August visitor of the people. The Emir had enough time to interact with his colleagues in the state who were all exited to have him in their midst.
During a remarkable and eventful courtesy call, Governor Matawalle commended the versatility of His Royal Highness the Emir of Kano for initiating the idea to reach out to the state because that can only come out from a mind vast in foresight and care for all. He said that today, the North is in dire need of such leaders who will reach-out to bring the people together as one people again so that the past lost glory of the North can be rejuvenated. 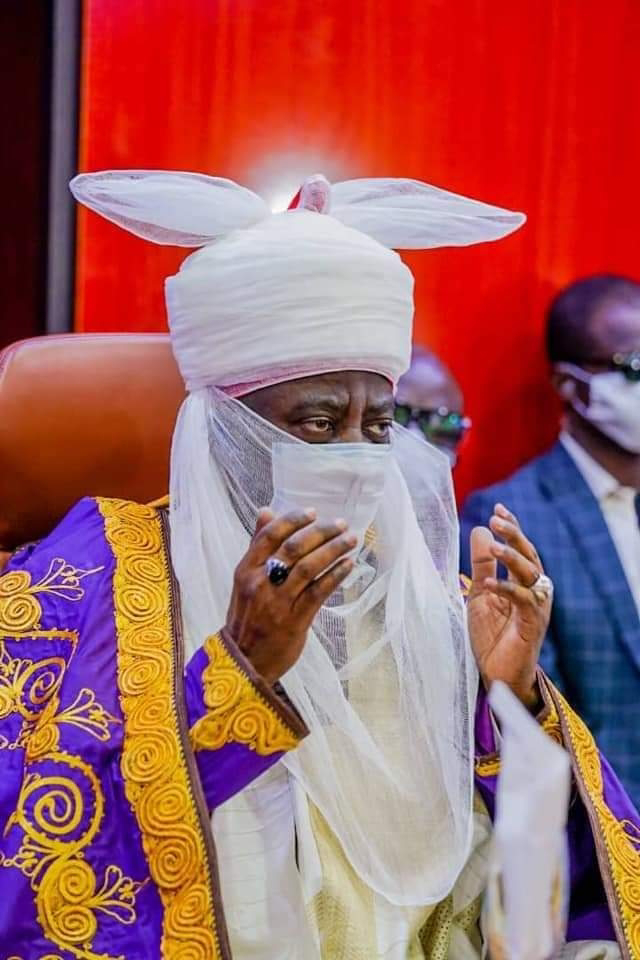 He wondered why the North cannot be in the mess it happens to find itself today since its people have chosen to disrespect its traditional institutions and those whom God has bestowed leadership upon. “the fact that we have thrown the dignity of our leaders and our elders in the society to the bin has promoted the presently growing indiscipline in the society, leading to all sorts of crimes including robbery and banditry”, Observed Governor Matawalle.
However, Governor Bello Matawalle believes that all hope is not lost. He believes that we can still make it out if we are really committed. The only way out for the North is to look back and revive those virtues that held the people together and became impenetrable. Matawalle envisions that the basic and fundamental string that held the North together can be traced to the reverence, respect and submission to the guidance and leadership of leaders of the people especially traditional rulers. 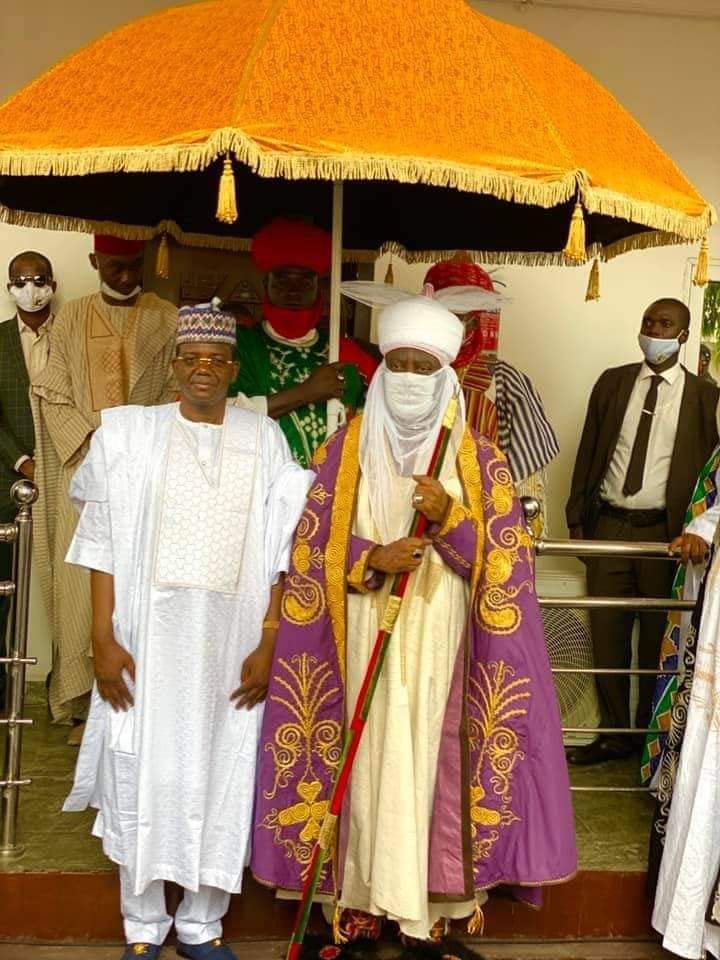 Significantly, however, Governor Matawalle took time to inform the Emir of some of the measures he has already taken to address some of these issues. He told the Emir how he ordered this year that no community was allowed to come and pay Sallah homage to the Governor unless it was led by its traditional ruler. By this, only the ruler could address the Governor on behalf of the people an make their request known to him. This gave them the opportunity to be respected as the rightful rulers of the people. Hence, all communities including their local government chairmen, political party leaders, and the wealthy in the area were all led under the auspices of their traditional rulers to the Government House
The Governor further revealed that his administration has awarded contracts for the construction of a Government lodge in each of the 14 Local Government Areas of the state. The idea is not only for the Government to have accommodation for visitors to the area but for the Governor to visit the people at the grassroots under the hospitality of the traditional rulers. This will give the traditional rulers the face respect required for people to rally around them for the quest of addressing their needs and problems. 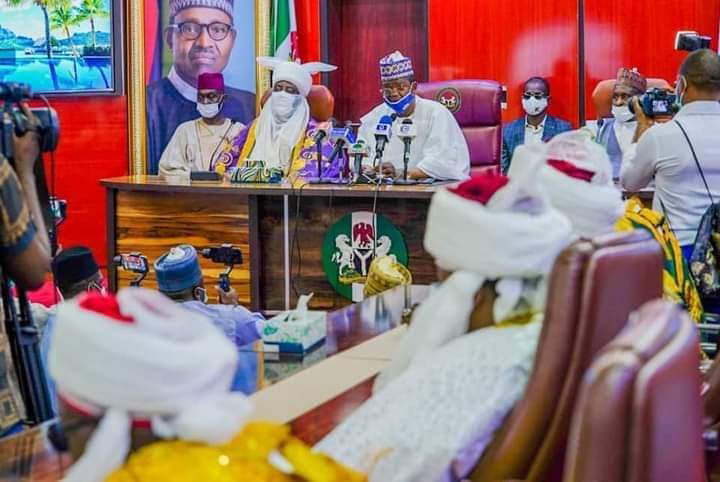 Another major landmark initiative is the RUGA project started in the state to address farmer/hearder clashes which, inadvertently, was allowed to balloon due to the same problems leading to lack of central and control mechanism known to have been bestowed on traditional institutions in the past. This initiative will hopefully address the age-long crises between the Fulani herders and their counterparts, the Hausa farmers. The pioneer RUGA project, nearing completion in Maradun, is a modern concept, complete with designed modern settlement. When completed, it will House a grazing reserve, houses, school, market, hospital veterinary clinic, Police out post, earth dams, water canals, roads and a mini stadium. 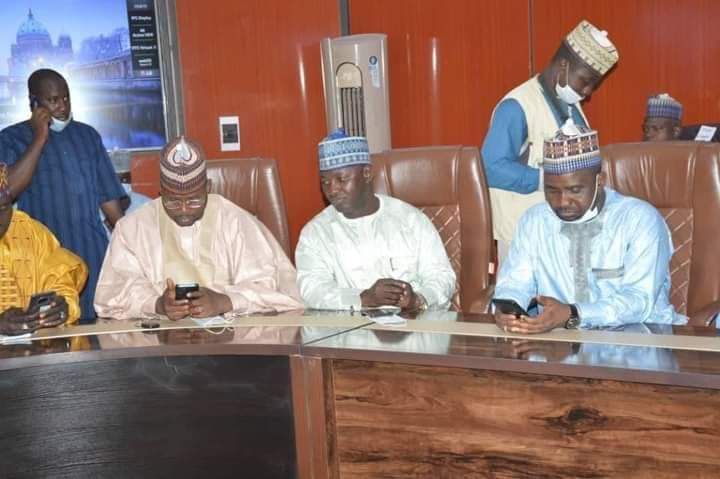 But what actually carried the day was the total endorsement on Governor Bello Mohammed and his administration by the visiting Monarch. He said that Matawalle deserved the support and co-operation of his people for his excellent achievement in the area of security which brought the present peaceful atmosphere in the state. The Emir believes that the effort is not ordinary, but a calculated blueprint carried out with diligence, honesty and consistency.
Emir Baye
ro believes that the state is now safe for business, agricultural activities and trade. These are what held the peoples daily life together; and its boost is an assured step to peace and tranquility. Indeed, Zamfara state was once, a state that was the fright of all worldwide for its daily record of wanton loss of lives and property. Today, the tide has changed with Matawalle on the saddle. No doubt, the visit of His Royal Highness is a testimony of the position Zamfara state now holds in the eyes of the North, Nigeria and the World at large. 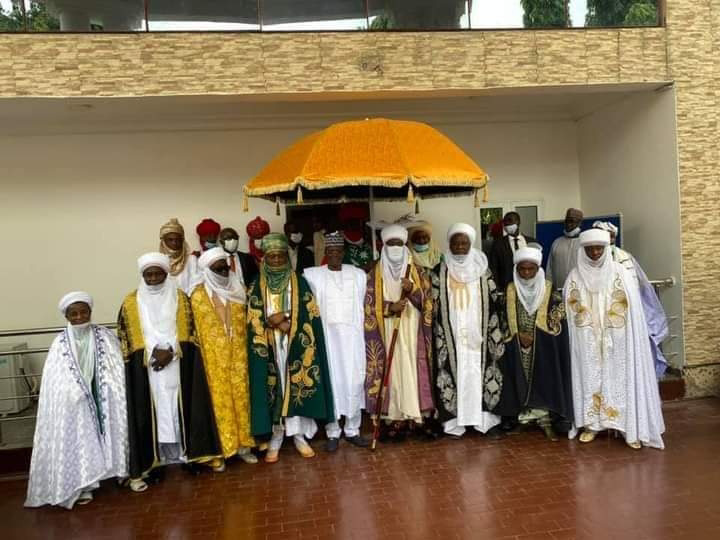