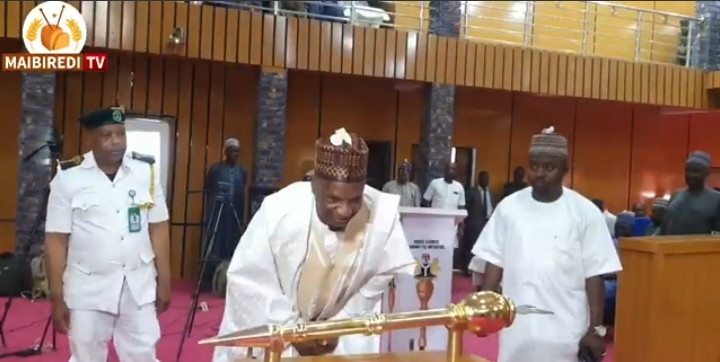 According to the statement by the party spokesperson Yusuf Idris Gusau, the Tukur Danfulani led State Working Committee is confident in the ability of the new Deputy Governor, especially in his quest to supporting the Governor to deliver to the people of the state.

Idris said the experience of the new Deputy Governor has made him to be unique,, especially his unquestionable loyalty to the Governor which made him to be recognized at all time.

“APC leadership in the state has confidence that governor Matawalle will change the narration of Zamfara politics to a far better one that people will benefit and be proud of” Idris added.

“We pray that the people will continue to pray for the growth and development of the state under the focused leadership of the people’s governor and Barden Hausa”.

Idris explained further that, the party commended the effort of the state legislators for taking the most appropriate steps of confirming the nomination Sen. Hassan Nasiha as the new Deputy Governor of Zamfara.

ALLEGATION OF PROCUREMENT OF HOUSING APARTMENT IN GUSAU, SEN. MARAFA REACT TO WAILERS DEMAND FOR EVIDENCE.