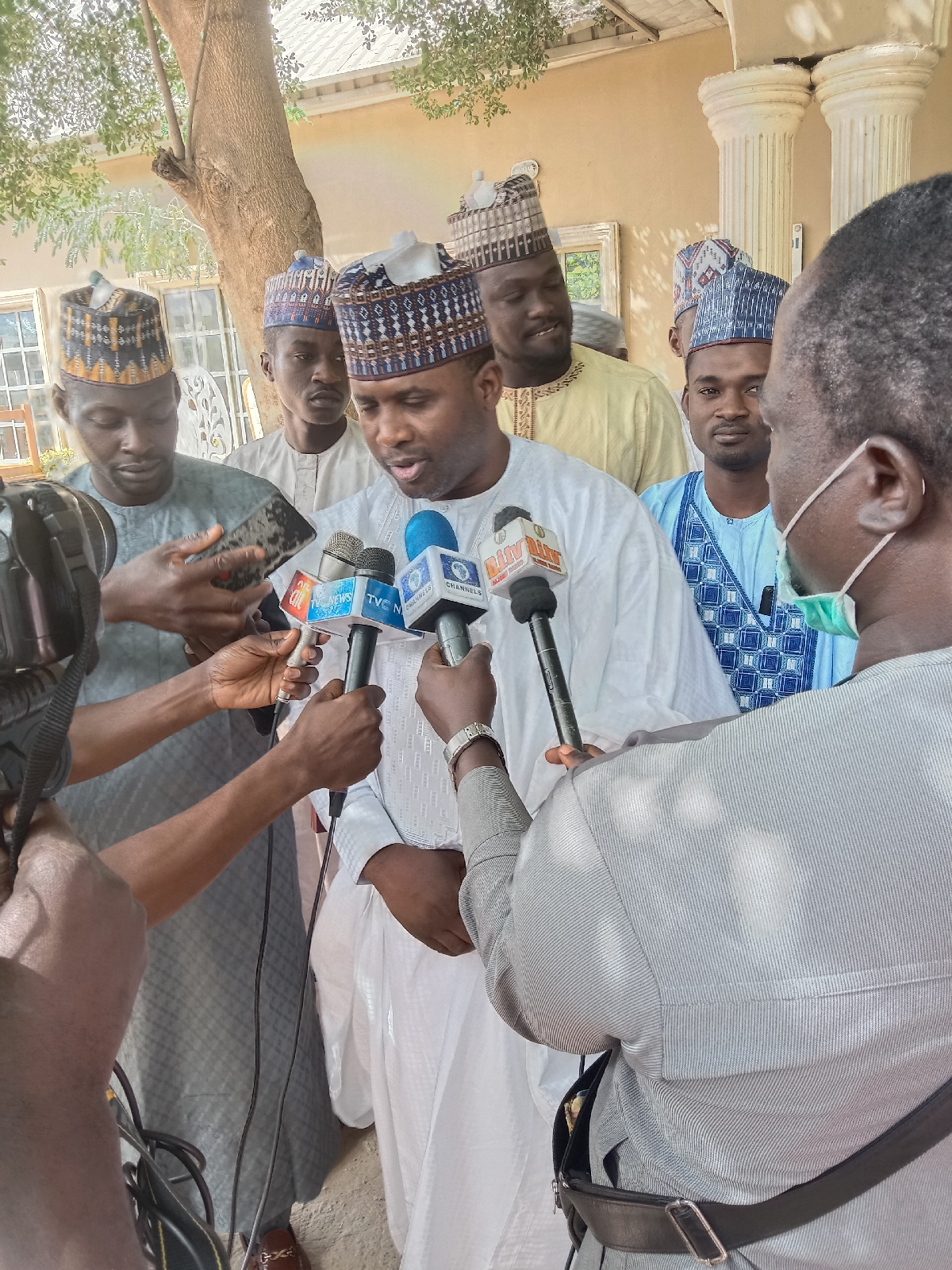 Zamfara State Commissioner for Justice Barr. Nura Ibrahim Zarumi has challenged anyone who has law or any state enactment which provided punishment for political thuggery to make it public hence to the best of his knowledge there is no single one in the country.
The Commissioner who spoke exclusively to Thunder Blowers Online News Medium in reaction to comments by some people that there are many laws that can be used to punish political thuggery, and its sponsors said that the law if it existed should be made public.
It could be recalled that during an end of the year town hall meeting organized by NYAN Zamfara branch held at the auditorium of Karma Hotel in Gusau on Saturday said “there is need for the Federal Government in collaboration with states to enact some laws that would prohibit political thuggery and provide punishment for the actors, and it’s sponsors”
The Comment generated reactions from amongst stakeholders who believed that, the problem with banning political Thuggery in Nigeria is not about absence of law but political will to enforce it.
One Ahmed Ibrahim took to his personal Facebook page to inform the Zamfara Justice Commissioner that “The present Sharia penal code and even the federal laws listed use of drugs, movement with weapons, disturbance of public peace etc as crimes. I am not sure if there is any decree suspending those provisions of law during political rallies because we are all witnesses to how repeatedly these acts occurred during campaigns and no one ever went to court to file any complain about prosecution of the culprits and their sponsors”.
Ahmed further said, “For a state like Zamfara, with Sharia penal codes operated by our political Sharia courts, a law banning mingling of men with women who are not their muharrams, is banned under indecent act, punishable under that provision of the Sharia Penal Code. If the attorney General is a resident in Zamfara from 1999 to date, He must be a witness of how crowds of ladies with less virtue are hired for campaign trips, anytime elections round are due, mingling with men in crowded rallies and no one dare ever file a suit challenging these acts. I think new law is not what we need”.
But Zarumi insisted that, what matters is providing a clear law that speaks about thuggery hence to the best of his knowledge such law should be provided instead of making near statements that cannot bring clarity to the issue at stake.
Related Topics: