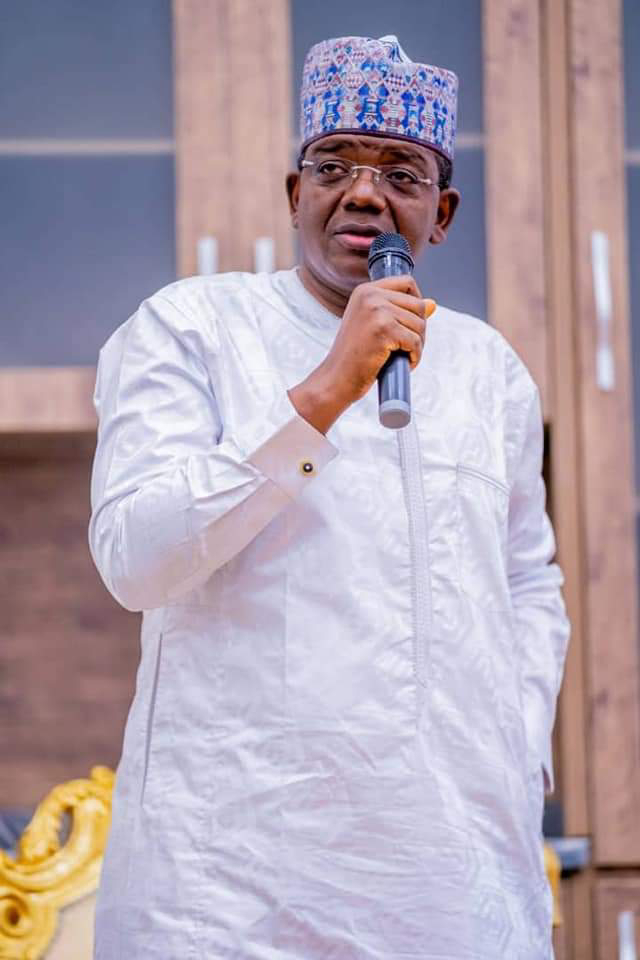 THUNDER BLOWERS EDITORIAL
We think the need arises for this medium to keep reminding Governor Bello Matawalle of his pledge to assess the capacity as well as the performance of his Commissioners after undergoing six months of probation.
Every well-meaning citizen of Zamfara was happy with the Governor’s pronouncement during the swearing in ceremony of the Commissioners in 2019 that “the commissioners have been placed on six months probation considering the fact that it may be a good avenue for the Governor to checkmate himself by himself and understand whether he is moving on the right track or not.
We guess, that pronouncement would also strengthen the appointees to be well alive and stay active to their responsibilities.
But to the surprise of everyone the government remain silent and this is almost one and a half years after and to the best of the public knowledge no Commissioner was summoned to account for his deeds and the government could not also present any score card to the public on the performance of its commissioners.
It is good for Governor Matawalle to note that, leaders are under obligation to respect their pronouncements and also match their words with action.
If for any reason the government believe there is no need to evaluate the performance of its Commissioner six months after as promised it is under obligation to speak out to the public why it has denounced that decision.
The journey from the swearing in of Zamfara Commissioners to date has exposed the weaknesses of some of them as well as the indecision of the government in deploying some Commissioners to some state ministries that they cannot perform due to their peculiarities and technicalities.
Elected leaders are expected to conduct thorough assessment of those they have delegated with some responsibilities and also hold them to account for their actions and in actions.
For now, it is visible that some Commissioners needed to be moved to other ministries considering their low performance while others needed to be moved to other areas where their capacity can best fit.
It is not about individuals or their contribution to the political development of a party in power, but it is about capacity to deliver.
The Governor need to understand that since May 29th 2019 when he was sworn-in, he has become a Governor of five million people of Zamfara not the Governor of PDP and the only historic asset and legacy he will leave behind are the services and development he has provided to the people.
Things are not working the way they are supposed to work at the level of Ministries because some Commissioners have found it difficult to break the monopoly of the power brokers and indeed nothing is working because they cannot initiate and inject new ideas that will bring the much expected reforms in the state.
We can say clearly that, the government have also contributed to this poor performance of some cabinet members since like we have pointed earlier it has failed to organize a retreat for these Commissioners as well as bring them together with the civil service technocrats to create a good administrative synergy that will move the state forward.
We also acknowledged as part of the problem the failure of the government to sustain a regular if not weekly state executive council meeting so that the chief executives can have the avenue to brainstorm and identify gaps that needed to be filled for us to move as state.
It’s our opinion at Thunder Blowers that as we start the new year 2021 the Governor need to shake his cabinet and re-assign them with some new schedules and responsibikities so that we can have a new breath of life as a state.
The call is not because we are against anybody within the cabinet since some of them if not all are friends of the media and Thunder Blowers in particular  but we believed we have to remind the Governor of his pledge to assess his Commissioners after the probation period and decide on their faith. The Governor is not doing it for himself but for the good people of Zamfara State.
We are also sure that the Governor has his own parameters of measuring the performance of these cabinet members and the result of that measurements need to be make public and proper actions instituted  for us to move forward.
Time to rejig Zamfara cabinet is now.
Related Topics: