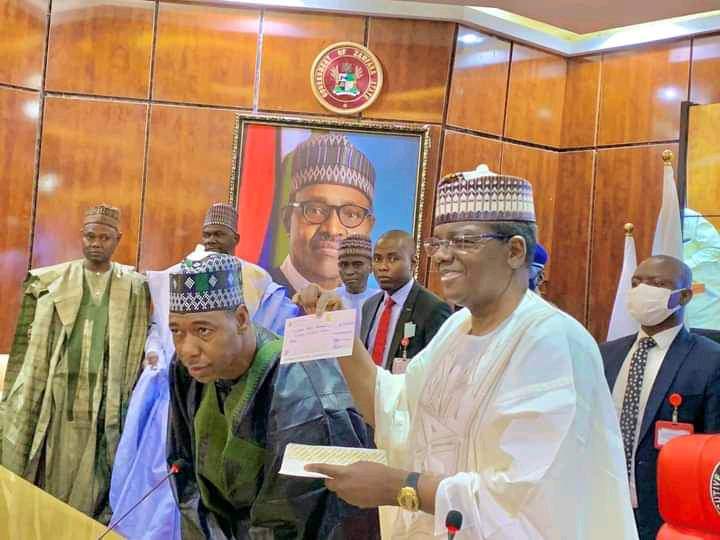 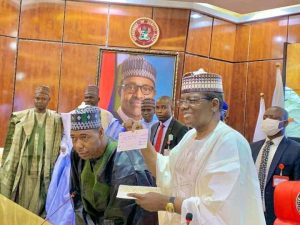 Governor Babagana Umara Zullum of Borno State has called on the people of states threatened by terrorists to stand up and assist the Government in ending the menace as Government alone cannot bring an end to the problem.

He made the call when he paid a visit to Governor Bello Mohammed (Matawallen Maradun) at the Government House to commiserate with him and the people of Zamfara State over the loss of lives and property arising from the activities of terrorists in the state.

He stated that in Borno state, they are saddened, especially with the recent attacks in communities of Anka and Bukkuyum Emirates where many lives and property were lost.

“We in Borno State and here in Zamfara state, we share a common problem which we have to be face squarely”,

“I hereby call on all citizens to stand up and assist the government in their various little ways. Collectively, we shall triumph”, he advised.

Governor Zullum said that Borno has recorded massive losses from years of insurgency resulting in over 50,000 widows, 49,000 ophans and about 100,000 missing persons.

He said that his administration is doing its best to address these human crises.

“Your Excellency, I commend your vision and tenacity without which you cannot come this way in the success you are recording against terrorism and the upliftment of your people to greater heights”, Governor Zullum told Governor Matawalle.

“You are my close friend”, Governor Zullum added, and he promised to continue relating and liaising with Governor Matawalle in order to end the common problems facing their states.

He announced the donation of the sum of N20 million to the victims of recent banditry attacks in the state.

Responding, Governor Matawalle commended his Borno State counterpart for the concern and finding the time to visit Zamfara State despite his own problems in Borno state.

“Borno and Zamfara share similar problem of terrorists attacks. I know how we share information, intelligence and the commitment of how to end these problems we inherited. With this commitment and prayer and the support of our people, we shall triumph”, Governor Matawalle enthused.

According to the statement by the Governor’s media aide Malam Zailani Bappa, the Governor said that just like in Borno state, Zamfara has recorded losses in human and material form with no fewer than 25,000 orphans, 27,000 widows and over 3,000 houses destroyed with nearly 400,000 livestock rustled in the first eight years of the menace.

Governor Matawalle prayed that God Almighty will come to the aid of the two states and indeed, all states affected by terrorism, to end their decades of trials.