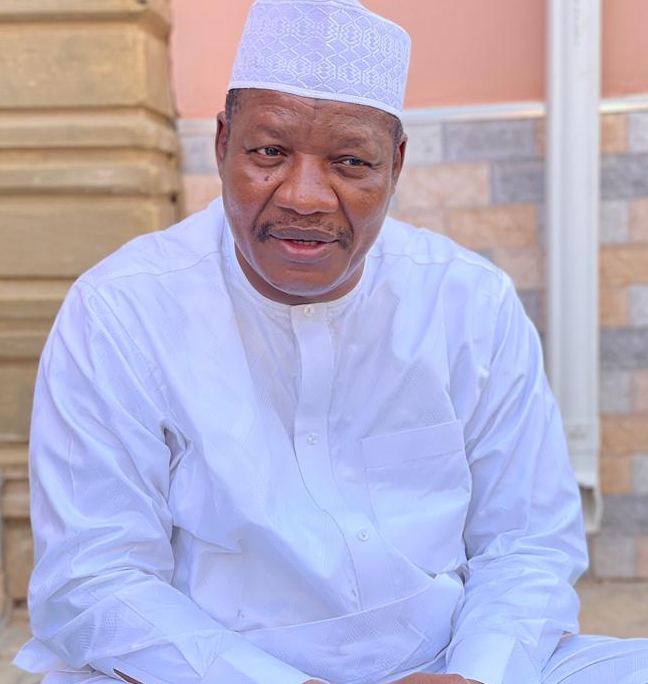 Politics in Zamfara State has been turned into a life and death affair by the present administration of Governor Matawalle. The administration does not seem to understand what is democracy and what its tenets are.

The leadership doesn’t understand what opposition means in a democratic setting. To these people, whoever doesn’t identify/agree with them is an enemy that must be crushed or silenced by whatever means unless you join them.

Any political divergent view is seen as a threat and should not be allowed. The crude ways in which the Matawalle administration goes about harassing, intimidating and attacking perceived political opponents defies reasoning.

No section of the society is spared their venomous attacks, be it political opponents, civil servants and even the journalists. So long as you don’t identify with their political ideology, you are targeted for destruction.

The case of the Deputy Governor, Barr. Mahdi Aliyu Gusau is one classical example of such political intolerance. The PDP, Bello Muh’d Matawalle, his Deputy and all Legislators both national and State did not win the 2019 Elections. It was by the divine intervention of Allah (SWA) that they got sworn in as a result of the Supreme Court judgment that declared the “SECOND PARTY WITH THE HIGHEST NUMBER OF VALID VOTES” (Not the individuals therein) as winner of the elections. That Party happened to be the PDP!But because of human insatiable greed and ingratitude to the blessings of Allah, this group of ungrateful politicians, with the exception of only three (3), namely Barr. Mahdi Aliyu Gusau (Deputy Governor), Hon. Kabiru Yahaya Classic (Member House of Reps) and Hon. Salihu Zurmi (Member House of Assembly) treacherously left the PDP because they felt and feared that they would not win a SECOND TERM if they remain with the PDP.

The refusal of the TRIO to follow the bandwagon was the beginning of their ordeal. They were called all sorts of names but they remained guided by their political conscience hence the plot to destroy them politically.

It’s indeed very shameful and disgraceful that the Judiciary and legislature allowed themselves to be used as willing tools for the executive to execute an odious impeachment exercise that has brought shame and bad blood to the State.

The speed at which logic and legality were stood on their heads has made Zamfara a laughing stock among States in Nigeria. The actions of the executive, the Judiciary and the legislature within the briefest period of the impeachment saga portrayed a bunch of people that do not understand the law or its workings.

Their actions portrayed people that are blinded by intolerance, mischief, greed and ingratitude. The Executive was crude, the Judiciary was unlearned and the Legislature was unlettered!

In furtherance to its destructive political tendencies, the Matawalle administration sent a bunch of political thugs to destroy the venue earmarked for the conduct of the PDP state congress last December. The thugs, wielding dangerous weapons, destroyed the venue, burnt the canopies and cushions and vandalized two (2) vehicles belonging to officials of the PDP.

As if that was not enough, the destructive thugs went to the State Headquarters of the PDP, smashed windows of the offices, tore down and burnt the Nigerian and Party flags within the premises. It took the quick intervention of the security agents otherwise, they would have burnt the PDP State Headquarters.

To this moment, there has not been a single word of condemnation or rebuke for this dastardly act from anybody within the Matawalle administration on this disgraceful State sponsored act of brigandage.

The Media is also not spared of this intolerance. The Thunder Blowers, a refutable and objective Media House based in Gusau was made to taste the vicious fangs of the administration. Its fault was that it gave opportunities for opposition parties to air their views and criticize the Matawalle administration.

For that, a bunch of thugs was sent to the Media House where they wrecked havoc on its equipment including Cameras, Desktop Computers, Laptops and other valuables. The thugs even took away some of the equipment, in addition to physically assaulting a staff of the Media House. It took organizing a Press Conference and threat of legal action by the MD of the Thunder Blowers before the Media House was pacified.

For the civil servants, it’s a taboo to express any political sentiment different from that of the administration. Doing that amounts to insubordination and disloyalty. While civil servants are welcome and allowed to express, identify and show support to the administration politically, any such sentiments shown to other opposing parties will attract swift reaction in the form of transfers to difficult areas of assignment, withholding of salaries, suspensions or even threats of outright dismissal. Political right of expression has been gagged.

The Matawalle administration has openly directed that no opposition party should operate an office in the whole State. The ZUREPB, an agency of the State government, has been put on the standby to demolish any building or structure having symbols, banners, pictures, flags or billboards belonging to opposition parties.

The Matawalle administration should note that democracy is all about choices. Amongst people, there are individual differences. Allah (SWA) has made it such. That’s why even in belief, He gave choices. It is either you believe or disbelieve, the choice is yours and there is no compulsion.

Zamfara people MUST be allowed to make their political choices without coercion, intimidation or harassment. It’s only then that democracy will be seen to be thriving and blossoming. What we need is free democracy and not dictatorship. You may force a horse to the river, but you can not force it to drink water. A word is enough for the wise!